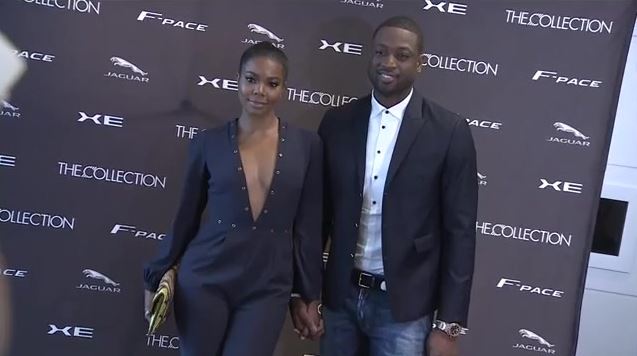 Wade has been outspoken in his support of those affected by the Marjory Stoneman Douglas shooting, and one of the victims was even buried in the Heat legend’s jersey. Wade tweeted on Saturday that he and his wife, Gabrielle Union, donated $200,000 to “March for Our Lives,” a rally expected to take place on March 24.

However, he didn’t stop there: Wade challenged his fellow NBA athletes to join the cause and help communities curb their gun violence.

Spoke to my brother @carmeloanthony & we're standing w/ students from MSD. We both come from communities where gun violence is an every day occurence. Enough is Enough! On March 24th, students across the country will be in DC and in their local cities to #MarchForOurLives

They need our help! I'm asking my NBA fam to join us in raising money to send kids from underserved communities to March….@gabunion and I will start w/$200K for Chicago. every dollar counts! Who else is in?? Or donate here: https://t.co/pu10Gp76on #GetTheBallRollin

On Sunday, Adam Alhanti tweeted that Wade helped turn an empty warehouse into a wonderful tribute in honor of the Stoneman Douglas victims.

Last night was absolutely beautiful. @DwyaneWade team turned an empty warehouse into a wonderful tribute to honor the victims of the MSD shooting and also displayed the harsh truth of gun violence in this country. Wonderful job @BStyleINC @lisjoseph #marchforourlives #neveragain pic.twitter.com/JGaR9jS4VO