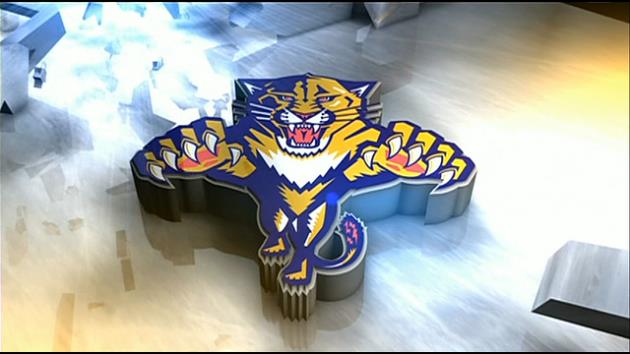 ST. PAUL, Minn. (AP) — Jason Pominville and Zach Parise each scored on assists from Mikko Koivu, and Devan Dubnyk made 26 saves to lead the Minnesota Wild in a 2-1 victory on Thursday over the Florida Panthers.

Nick Bjugstad scored in his return home, but goalie Roberto Luongo fell to 3-10-2 in his career at Xcel Energy Center as the Panthers started a stretch of seven out of eight games on the road.

The Wild killed five penalties and stayed perfect short-handed in eight games since the All-Star break at 22 for 22. They’re fourth in the NHL in penalty killing. The Panthers had eight power-play goals in their previous eight games.

Nino Niederreiter was called for tripping with 1:19 left on Dmitry Kulikov, and Luongo was pulled for a 6-on-4 advantage. But loud boos about the call soon gave way to rousing cheers for the Wild’s fourth straight win at home.

The Panthers scored 18 goals in their first five February games, too, but Dubnyk repeatedly denied their prime opportunities to prompt those “Duuuuub!” serenades that have become part of the soundtrack at Wild home games.

The local boy Bjugstad fooled Dubnyk midway through the second period to pull the Panthers within one, when he raced up the right wing and snagged a pass from Jussi Jokinen. Bjugstad snapped a bad-angle shot from the lower edge of the circle. The puck fluttered over Dubnyk’s shoulder into the top of the net.

Bjugstad grew up in Blaine, about 25 miles northwest of the Wild’s arena, and spent two seasons at the University of Minnesota before turning pro. Bjugstad said before the game he bought about 160 tickets for friends and family, and there were plenty of cheers from the upper deck when he scored.

The 2010 first-round draft pick, who signed a six-year, $24.6 million contract extension in December, has blossomed into Florida’s leader this season with 19 goals.

Pominville, who scored for the third straight game after going 12 games before that without scoring, knocked in a pass by Koivu with his skate with just 4:12 elapsed. Pominville didn’t make a kicking motion, and the goal was upheld by replay review.

Parise struck next on a second-period power play for his team-leading 22nd goal, set up by slick tic-tac-toe passes from Koivu and Thomas Vanek. His first attempt was denied, but he whacked the rebound past Luongo in traffic at the crease.

The Wild, in a stretch of 12 games in 22 days, don’t have more than one day between games until March 11-12. They’re watching Dubnyk closely for fatigue, but the 28-year-old had only 13 starts for Arizona over the first 14 weeks of the season so he’s still plenty fresh.

The bigger issue is scoring depth. They were dealt a devastating blow on Monday when left wings Ryan Carter (upper body injury) and Jason Zucker (broken collarbone) were hurt in the first period against Vancouver. Carter will be out until at least mid-March. Zucker was scheduled for surgery on Thursday and will need about three months to recover. Left wing Matt Cooke is out, too, until late March following sports hernia surgery.

NOTES: Jokinen leads the Panthers with 24 assists. … Panthers defenseman Willie Mitchell, who spent five years with the Wild from 2001-06, was out for the fourth straight game because of an upper body injury. Center Brandon Pirri, who left the game on Tuesday with an upper body injury, is expected to miss about two weeks. … Asked by teammates where the best restaurants are in town, Bjugstad joked, “Chipotle, since that’s all I ate in college.” … The Panthers and Washington Capitals are the only NHL teams who have never won a road game in regulation against the Wild. … Zucker is third on the Wild with a career-high 18 goals. He scored twice in a 4-1 victory at Florida on Nov. 24.