Don Mattingly won’t be back as Marlins manager in 2023 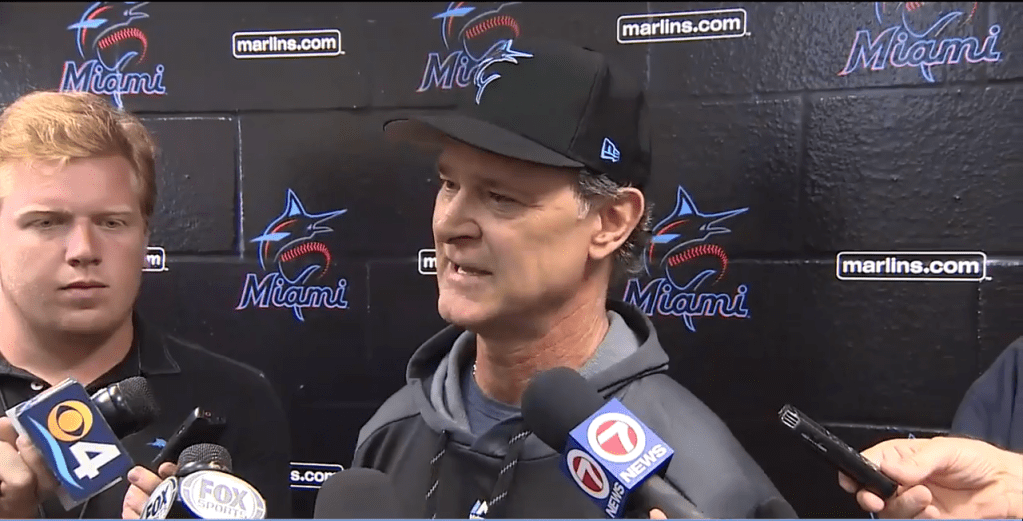 MIAMI (AP) — Don Mattingly will not be back as manager of the Miami Marlins next season, he said Sunday, announcing that he and team officials have decided a new voice is needed to lead the club going forward.

Mattingly’s contract expires when the season ends. He said he met with Marlins principal owner Bruce Sherman and general manager Kim Ng to talk about the future, and that “all parties agreed” that it’s time for a change.

“I am proud and honored to have served as manager of the Marlins for the past seven years and have enjoyed my experiences and relationships I’ve developed within the organization,” Mattingly said. “I look forward to spending time with my family in Evansville (Indiana), and to any future endeavors.”

Mattingly, the club’s all-time leader by a wide margin in managerial wins, is finishing his seventh season with the Marlins. He entered Sunday with a 437-583 record in Miami, with one winning season in those seven years — a 31-29 mark in the pandemic-shortened 2020 season when the team made its first playoff appearance since 2003.

And it means that a season that started with a big shakeup for Miami now ends with another. In February, Hall of Famer Derek Jeter — who had been Miami’s CEO, the first Black person in baseball history to hold that role with a franchise — announced a surprise departure after 4 1/2 mostly unsuccessful years that didn’t come remotely close to matching his success as a player for the New York Yankees.

Now comes the Mattingly move, which means someone else will be in charge when the team gathers for spring training.

“Donnie is one of my favorites,” Washington manager Dave Martinez said Sunday. “We go way back, played against him. He’s just a really good baseball man. I love him to death. I learned a lot from him, watching and competing against him for many years.”

The 61-year-old Mattingly has managed for 12 seasons, the first five with the Los Angeles Dodgers. All five of those clubs had winning records, three of them making the playoffs.

The Marlins were hoping for similar success, but it didn’t happen as planned. Mattingly was the NL’s manager of the year in 2020 after getting Miami to the playoffs, but other than that, the franchise has been in a mode of constant rebuilding.

“We are fortunate to have had Don Mattingly leading our team on the field over the last seven years,” Sherman said. “He has represented the Marlins, our players, our fans, and the South Florida community with unmatched dignity and pride.”

Sunday’s news came on the sixth anniversary of the darkest day in team history, when Marlins ace Jose Fernandez and two other people died when their 32-foot boat slammed into a jetty off Miami Beach on Sept. 25, 2016.

The charismatic, exuberant Fernandez, who was beloved in Miami’s Latin community and touted as the future of the franchise, went 38-17 in his four seasons with the club, winning the NL’s Rookie of the Year award in 2013 and being named a two-time All-Star.

Fernandez’s death, which came at the end of Mattingly’s first season, set the Marlins back. But Mattingly guided them through, ending what was a 17-year playoff drought in 2020.

“Donnie’s just the consummate professional and a tremendous person,” Ng said during Sunday’s game. “He’s led the organization through some pretty tough times, particularly early in his tenure then in the last couple of years with the pandemic and the lockout.”

Ng said the decision came after a series of conversations between Mattingly and the front office, with the soon-to-be-former skipper deciding not to pursue a new contract and the team deciding it wouldn’t be offering one.

“This year was very disappointing,” Ng said. “We had a lot of bad luck in terms of injuries. The record is not indicative of the talent that we have. We have to do a lot of introspection in terms of our processes and operations on how we fix that. I’m still optimistic about what we’ve got here.”

The Marlins haven’t spent a day in first place since Aug. 16, 2020. Outside of a few random April days, they haven’t seen first place in a regular 162-game season since June 2014. And this season will mark the 12th time in the last 13 years where the they’ll finish with a losing record.

“I don’t know what his plans are moving forward but he will be missed,” Martinez said. “I wish him all the best.”