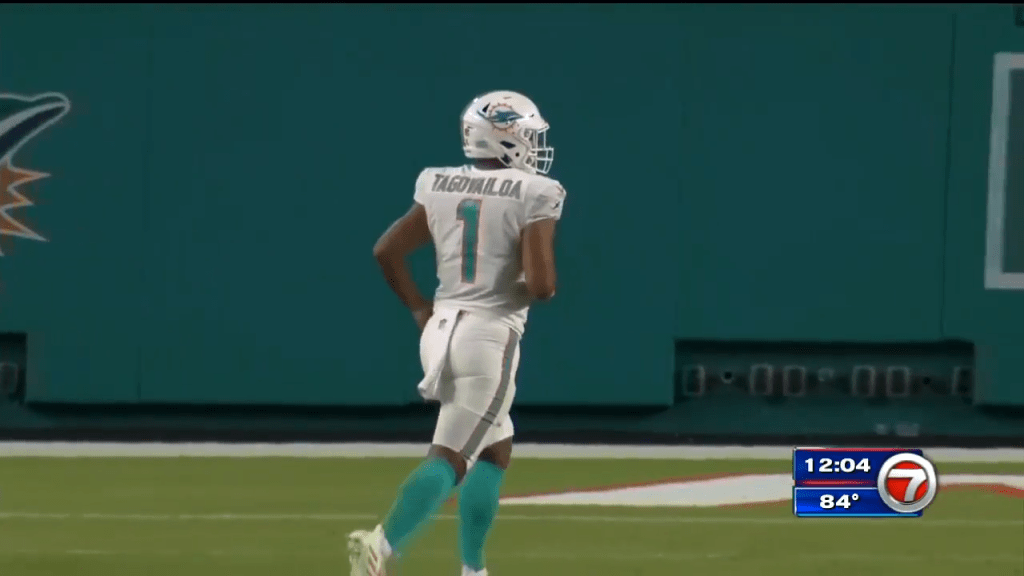 Tagovailoa missed last week’s game at the Jets and has been limited in practice the past two weeks with a sore thumb on his throwing hand.

Ryan Fitzpatrick started last week for Tagovailoa, who is 3-1 as a starter this year.

In Houston, Colts punter Rigoberto Sanchez is out after he had surgery Tuesday to remove a cancerous tumor. Texans running back David Johnson is active after missing three games with a concussion.

The Tennessee Titans get wide receiver Adam Humphries back after he missed four straight games with a concussion. The Browns are without cornerback Denzel Ward, and Kevin Johnson will start in his place. The Titans only had to scratch four players with rookie offensive tackle Isaiah Wilson was suspended for this game after Tennessee already had declared him out because of an illness.

The Raiders will be without leading rusher Josh Jacobs (ankle) and safety Johnathan Abram (knee) were sidelined against the winless Jets. Both had already been ruled out Friday for the game.

Las Vegas got defensive end Clelin Ferrell back after he missed two games while on the reserve/COVID-19 list. He practiced all week.

Lions running back D’Andre Swift is inactive because of an illness. Swift, the team’s second-leading rusher with 331 yards on the ground, was downgraded to doubtful on Saturday.

Defensive tackle Akiem Hicks and wide receiver Allen Robinson are active for the Bears. Hicks missed last weekend’s 41-25 loss at Green Bay with a hamstring injury. Robinson was questionable with a knee injury.

The Jaguars are down starting cornerback Sidney Jones (Achilles) and two linebackers because of hamstring injuries, Kamalei Correa and Dakota Allen as they face the Vikings.

For the Vikings, rookie defensive end D.J. Wonnum (ankle/back) is out for the first time this season. Tight end Irv Smith Jr. (back) misses his third game out of the last four. Right guard Ezra Cleveland (ankle) returns to the starting lineup from a two-game absence. Backup running back Alexander Mattison is out with an illness.