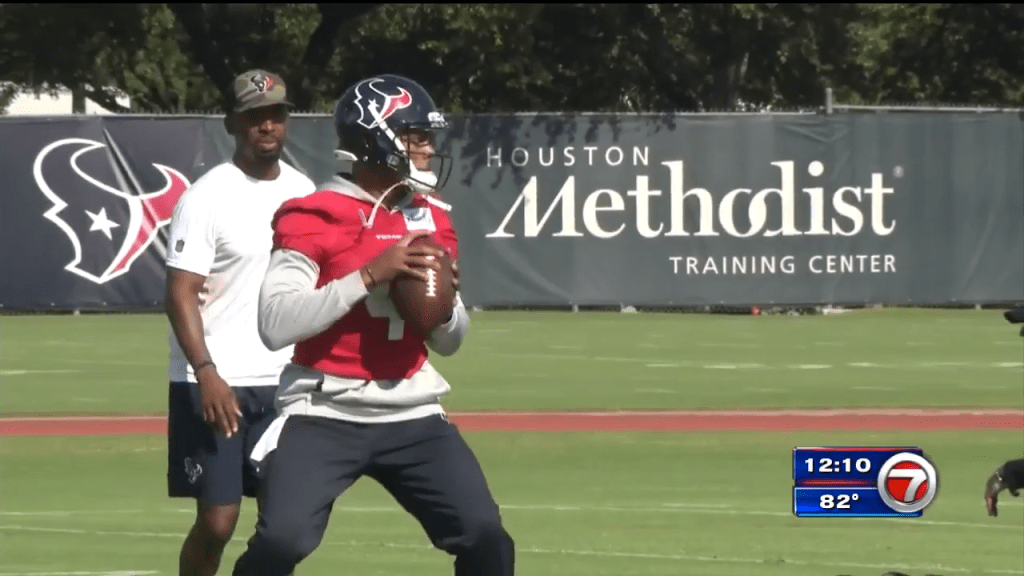 The NFL trade deadline passed Tuesday with the Houston Texans keeping the embattled quarterback on their roster. Watson has not played this season amid a trade request and 22 lawsuits alleging sexual harassment or assault. He has not been charged.

The Texans (1-7) had long discussed dealing Watson to the Miami Dolphins but the teams couldn’t agree to the significant compensation, a person familiar with those discussions told The Associated Press. The person spoke on condition of anonymity because the conversations are private.

Houston now has an opportunity to involve more teams in the bidding for Watson during the offseason, especially if his legal issues are resolved. The 26-year-old is a three-time Pro Bowl pick who had his best statistical season last year on a 4-12 team. Watson threw for an NFL-best 4,823 yards with 33 touchdowns and only seven interceptions. He led the Texans to consecutive AFC South titles in 2018 and 2019.

Watson signed a four-year, $156 million contract in 2020. He has a no-trade clause but asked the team to move him earlier this year before the sexual misconduct allegations became public.

The Texans have been paying Watson not to play, placing him on the inactive list each week. The league hasn’t disciplined him yet.

“Obviously, the police have been investigating, and we don’t have access to all of that information at this point in time,” NFL Commissioner Roger Goodell said last week. “We pride ourselves on not interfering in that and in being as cooperative as we can in order to get all the facts. I think that process is still ongoing.”

Watson can’t be officially traded until the new league year starts on March 16, 2022. Deals can be agreed to and announced before that date.