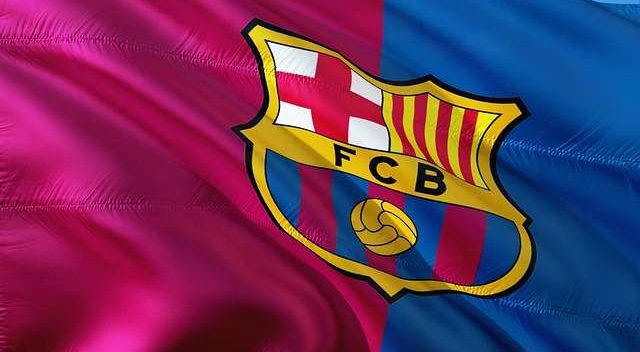 BARCELONA, Spain (AP) — Philippe Coutinho seems to have only himself to blame for the jeers that greeted him at Camp Nou.

Coutinho had a rough reception on Saturday when he went on as a substitute in his first appearance since making a gesture during a midweek victory over Manchester United that many Barcelona fans considered disrespectful.

The trouble started on Tuesday when, instead of soaking in the cheers for his goal to cap a 4-0 aggregate win over United, Coutinho opted to put a finger in each ear as if to block out the applause for his superb strike.

Many in Spain have interpreted the gesture as Coutinho sending a message that he was fed up with the criticism he has received for not living up to the club-record transfer fee paid by Barcelona last year. Besides appearing dispirited at times on the field, he has only scored once in his last 21 Spanish league appearances.

Coutinho has said that he did not mean to offend.

“The truth is that (the gesture) was so that the people can see that very often I have to cover my ears to keep my focus on the game,” Coutinho said about the incident, when interviewed on the KOKO DC YouTube channel.

The incident came during what was arguably his best performance for Barcelona, as he helped it reach the Champions League semifinals for the first time in four years.

The Brazil midfielder combined well in his passes with attack partners Lionel Messi and Luis Suarez.

And he seemed to have found the perfect time to mark a turnaround with Barcelona’s fans and local media — who have demanded more from him — when he curled a brilliant long-distance strike past David De Gea to cap a 3-0 second-leg win. That’s when his fingertips popped into his ears, spoiling the moment.

Now there will surely be more talk about whether the club should try to sell him.

Barcelona coach Ernesto Valverde still hasn’t given up on him, though.

“I believe that there are things that are just anecdotes, but that everything that happens in our club is given a lot of relevance,” Valverde said after Saturday’s 2-1 win over Real Sociedad, when Coutinho was jeered.

“Our fans are with Coutinho and Coutinho is with our fans.”

The friction between one of its most talented players and the club’s supporters is the only blemish on the final stretch of Barcelona’s season.

Barcelona is on course to defend its league title and has reached the final of the Copa del Rey.

Coutinho will get a chance to redeem himself when Barcelona faces his former club, Liverpool, in the Champions League semifinals.

A modest club from a working class neighborhood in Madrid, Getafe has never played in the Champions League.

But the competitive spirit instilled by coach Jose Bordalas has his team five matches away from achieving the momentous feat for a club that normally measures success by how far it finishes from the relegation zone. Its best finish was sixth place in 2010.

Getafe moved ahead of Sevilla and into fourth place — the last spot that earns a Champions League berth from Spain— with a commanding 3-0 win on Sunday.

Bordalas has coached Getafe since 2016-17, when he led it back to the top flight after one season in the second division. His successful formula is based on team defense and a physical style of play.

That, and the seemingly simple concept that each player does his job.

“Whatever happens, this season has been fantastic,” Bordalas said. “Our rival today has a budget that is four times as big as ours. We are aware of this and are taking things one step at a time, remaining humble while we see how far we can go.

“Our secret is the commitment by all our players. They know what the team needs and their role.”