Badosa feeling right at home, moves on at Miami Open 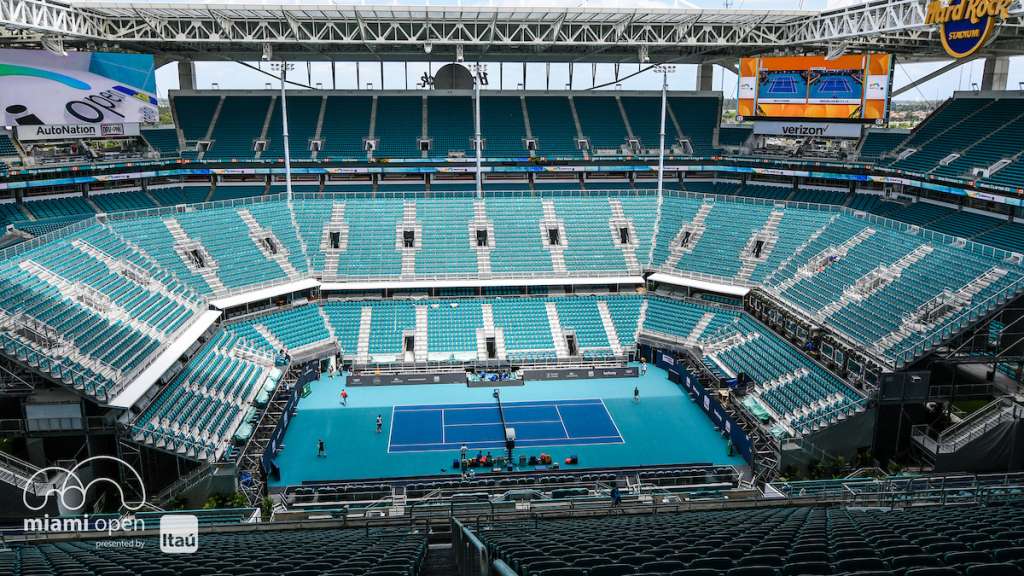 MIAMI GARDENS, Fla. (AP) — Paula Badosa was midway through an on-court interview after another victory at the Miami Open when a thought crossed her mind.

And given where she is right now, it made a lot of sense.

“Why am I speaking English?” she asked. “I think there’s much more Spanish people than English here.”

A few words in Spanish later, the crowd — always multicultural in the melting pot that is Miami — was roaring in delight. In whatever language, Badosa is through to the fourth round at the Miami Open after rolling past Yulia Putintseva 6-3, 6-2 on Sunday.

It is Badosa’s deepest run at Miami, where there were more than a few fans waving Spanish flags in her honor.

But the past 12 months have seen serious change in the world rankings, particularly on the women’s side, and not just after last week’s surprise retirement of Ash Barty — who will come off the rankings April 4 and be replaced by Iga Swiatek as the new No. 1 player in the women’s game.

Depending on how the rest of this tournament goes, Badosa might be poised to climb to No. 2 behind Swiatek when Miami ends. She is a full-fledged star now, even getting the celebrity treatment and her own personalized jersey when she headed to a Miami Heat game a few miles down the road last week.

Badosa will meet unseeded Linda Fruhvirtova in the fourth round, after the 16-year-old from the Czech Republic got past three-time Miami Open winner and 12th-seeded Victoria Azarenka. Fruhvirtova led 6-2, 3-0 when Azarenka — the only past Miami winner who was left in the draw — retired.

“This is what I’ve always dreamed of,” said Fruhvirtova, who entered Miami ranked 279th and will likely climb about 100 spots — more if she keeps winning.

On the men’s side, Nick Kyrgios had some problems.

Luckily for him, they were just of the postmatch variety.

He was taking part in a promotion where he was supposed to hit a souvenir tennis ball into the crowd, and whoever wound up with it would win a prize from one of the tournament sponsors.

Problem was, Kyrgios’ first attempt wound up making it only to a cameraman. And his second attempt ended up between sections of seats, unable to be claimed by anyone. At that point, officials found another way to give out the prize.

Kyrgios was a bit more accurate when things mattered. He had 24 winners to just 12 unforced errors and needed only 61 minutes to beat No. 31 seed Fabio Fognini 6-2, 6-4 — and has now made the fourth round at Miami in all five of his appearances at the tournament.

It’s no secret that he’s excitable. This might be a surprise: Moments before he was introduced and took the court Sunday, Kyrgios actually yawned.

“All the social media platforms hyping up the game and expecting it to be fireworks, I knew I had to go in with a calm mindset, head down and kind of let him bring all the flare and stuff today,” Kyrgios said. “I just had to keep my head down and just get on with business.”

It worked, and he was all smiles afterward.

“I love playing in front of you guys,” Kyrgios said.

So does No. 28 Frances Tiafoe of the U.S., who reached the fourth round in Miami for the fourth time after easing past Juan Manuel Cerundolo 6-3, 6-2.

No. 6 Casper Ruud had little trouble beating No. 30 Alexander Bublik 6-3, 6-2, and No. 10 Cameron Norrie frittered away seven match points before finally closing out Hugo Gaston in straight sets.