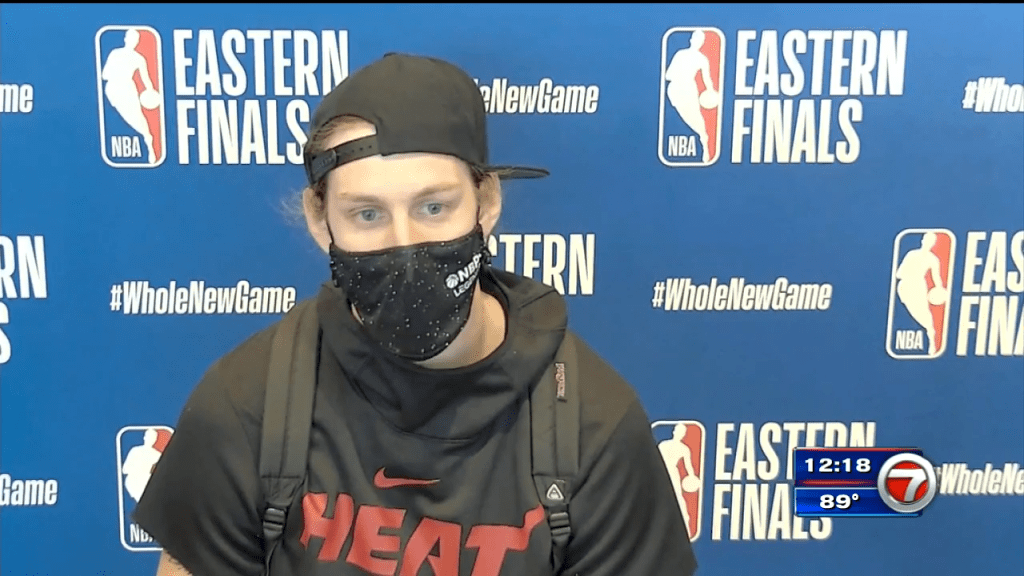 He’s used to the uncertainty.

This is Olynyk’s mandate as a Heat player: Be ready, sometimes for nothing, sometimes for everything. He has been a starter at times, a key reserve for the bulk of his three-year tenure in Miami but, on occasion, falls out of the rotation entirely. He was more than ready in Game 3 of the NBA Finals, scoring 17 points, grabbing seven rebounds and making two very big plays that many might not have noticed to help the Heat beat the Los Angeles Lakers 115-104 and get within 2-1 in the series.

“It’s never easy. It’s never easy,” Olynyk said of his wildly fluctuating role with the Heat. “It’s a weird feeling and I’m not going to lie, it doesn’t get easy. But you just know there is opportunity on the next side. The only thing is, you wonder if this is the last time there is that opportunity. So you stay ready because hard work always prevails.”

Olynyk has had a bigger role in these finals, especially the last two games, because Bam Adebayo was out with a neck strain. Adebayo is listed as questionable for Game 4, which means the Heat may not need to use Olynyk and Meyers Leonard — who started at center in Games 2 and 3 — so much Thursday.

Leonard was a starter all season until hurting his ankle in February. He gave Miami 12 very important minutes in Game 3.

“KO and Meyers, they’re just great professionals,” Heat coach Erik Spoelstra said. “We’ve said it all year long that our depth is one of our best strengths. That’s not just coach-speak. You have to have the right kind of pros that are really willing to be all about the team, and that requires sacrifice at times. So the minutes weren’t always there for them this season, but they contributed in a big way at different points.”

Including playoffs, the Heat are 24-9 this season when Olynyk hits double figures in scoring. His 17 points in Game 3 came on 5-for-9 shooting, 3-for-5 from beyond the 3-point line.

But the two biggest moments of his night may have been when he stepped in front of Anthony Davis and took a charge on the Lakers’ big man in the second quarter for his third foul — part of a rough night for Davis — then when he chased down LeBron James for a steal with 2:45 left and the game still most undecided.

“Obviously, they’re going to come with a plan to be better in Game 4,” Olynyk said of the Lakers. “We’ve got to be better ourselves. The same game we played in Game 3 isn’t going to win Game 4. We know that.”

Olynyk will have a decision to make when this season is over; he has a player option for next season with the Heat, one that would pay about $12.2 million.

It’s unknown when he’ll have to decide, since the league and the National Basketball Players Association have yet to collectively bargain what the new terms for options, free agency and other matters will be — it all was supposed to happen in the summer, of course, but couldn’t because of the pandemic. Most players with options may get to wait until November to decide, maybe even later.

He hasn’t thought about it, he said.

“I haven’t talked about it at all,” Olynyk said. “I’m here, just focused on trying to win this championship.”