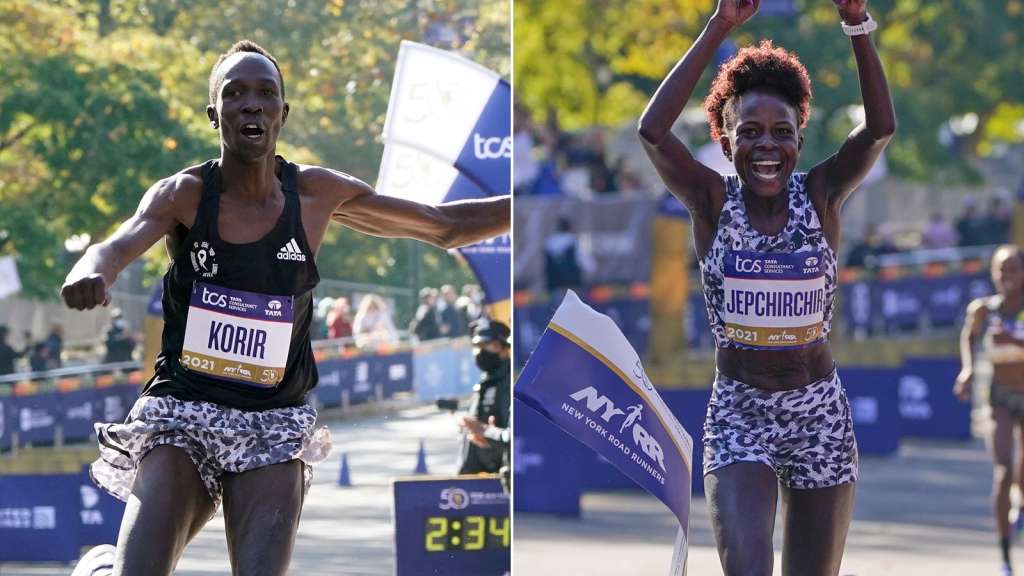 Korir, who came in second in the 2019 race, finished in 2 hours, 8 minutes and 22 seconds, and Jepchirchir came in at 2 hours, 22 minutes and 39 seconds, according to the New York Road Runners.

It was 28-year-old Jepchirchir’s first time running the New York City Marathon, and she was not expecting to win after taking gold in the Olympics marathon in August, she told ESPN on Sunday.

“I thank my God for the energy he has given me,” she said.

“I’m going to say this course is not bad, but it’s not easy” especially the finish.

She is the first runner to win both Olympic gold and the New York City Marathon.

Viola Cheptoo, also from Kenya, was just seconds behind Jepchirchir.

Molly Seidel finished as the top American woman, taking fourth in 2 hours, 24 minutes and 42 seconds. Seidel won bronze in the women’s marathon at the Tokyo Olympics.

Elkanah Kibet finished as the top American, taking fourth with a time of 2 hours, 11 minutes and 15 seconds.

About 30,000 people were registered to take part in today’s event, the 50th New York Marathon, which travels through the city’s five boroughs: Staten Island, Brooklyn, Queens, the Bronx and Manhattan. The race starts on Staten Island and ends in Central Park.

The 2020 marathon was canceled because of the coronavirus pandemic.