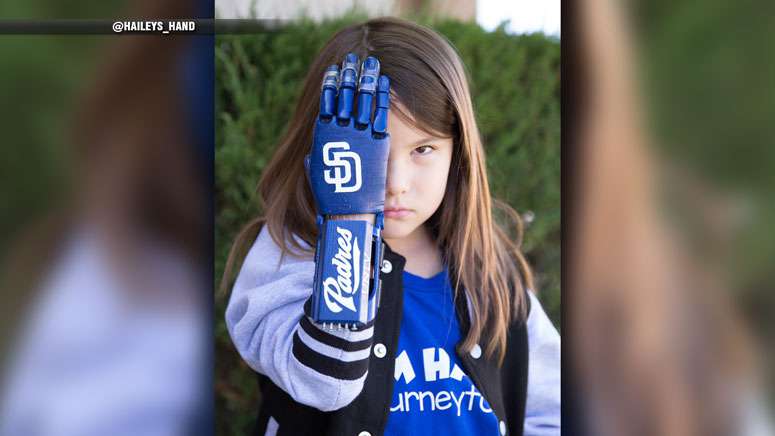 SAN DIEGO (WSVN) – Eight-year-old Hailey Dawson stepped up to the mound Saturday and threw out the first pitch for the San Diego Padres.

Hailey was born with Poland Syndrome, a birth defect that left her without three fingers on her right hand, but it hasn’t stopped her.

Hailey has a 3D-printed hand that allows her to grab, grasp and even throw a baseball. The 3D-printed hand has been three years in the making. Students and faculty from Hughes College of Engineering collaborated to make the creation.

Now, with her 3D-printed hand, Hailey and her family are using their love for baseball to create awareness about Poland Syndrome.

Hailey’s goal is to eventually throw out a pitch at all 30 MLB parks. She has previously pitched for the Washington Nationals, Baltimore Orioles and game four of the World Series in 2017. The Padres were Hailey’s fourth stop in her “Journey to 30.”

Hailey is slated to throw the first pitch at 24 more MLB parks this year, including Marlins Park on August 10.