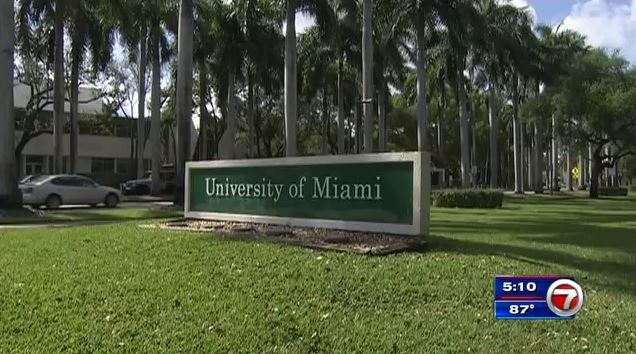 The Atlantic Coast Conference announced Monday that Miami’s home game against Georgia Tech on Nov. 21 and its game at Wake Forest on Nov. 28 will be rescheduled for December.

“We are disappointed that we will not be able to play the next two weeks as scheduled, but this decision was made in the best interests of the health and safety of all teams,” Director of Athletics Blake James said. “The health and safety of our student-athletes is always our top priority, and we will continue to follow the conference’s protocols in order to safely and responsibly return to play.”

The first of the Hurricanes’ last three regular season games will be played on Dec. 5, when the team travels to Wake Forest.

From there, the team will host the University of North Carolina at Hard Rock Stadium on Dec. 12.

According to the ACC, the Hurricanes’ game against Georgia Tech will be played on Dec. 19 “if Miami is not in the ACC Football Championship Game, and if the result of the Georgia Tech at Miami game would not directly impact the determination of which two teams play in the league championship game.”

The members of the Hurricanes’ football program who tested positive for COVID-19 have entered into quarantine, officials said.