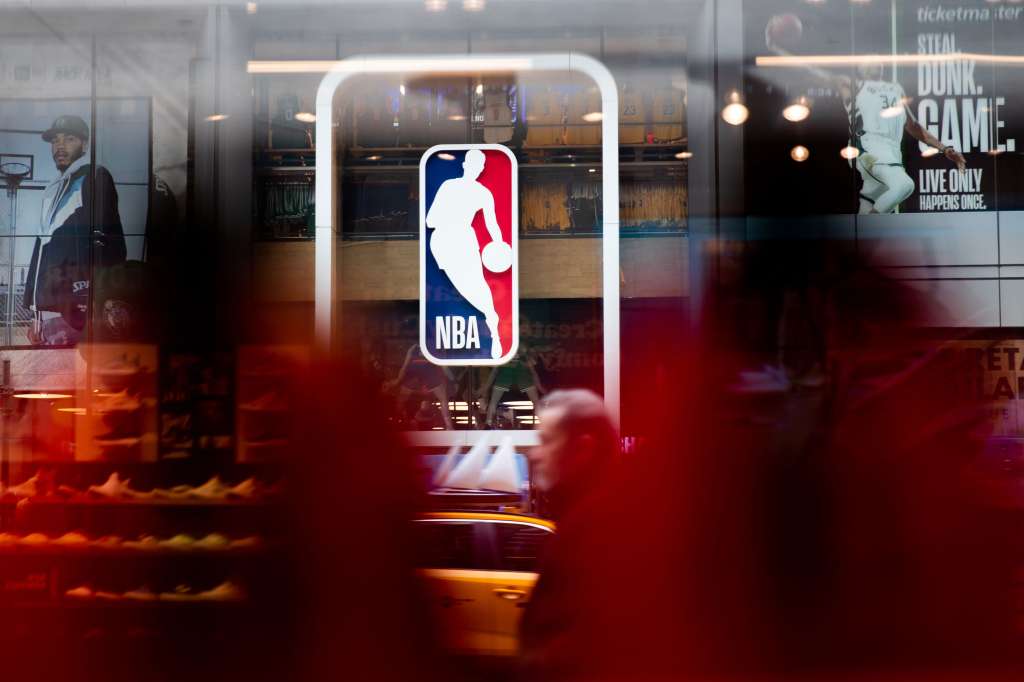 NEW YORK, NY - MARCH 12: An NBA logo is shown at the 5th Avenue NBA store on March 12, 2020 in New York City. The National Basketball Association said they would suspend all games after player Rudy Gobert of the Utah Jazz reportedly tested positive for the Coronavirus (COVID-19). (Photo by Jeenah Moon/Getty Images)

(CNN) — Eighteen former NBA players have been indicted on charges that they allegedly defrauded a health care plan of millions of dollars that served current and former players, according to an indictment unsealed Thursday.

Manhattan federal prosecutors allege in the indictment that the 18 former NBA players and one of their family members took part in a “widespread scheme to defraud” the NBA’s health plan by submitting nearly $4 million in “false and fraudulent” claims to be reimbursed for medical and dental services that had not actually been given.

US Attorney for the Southern District of New York Audrey Strauss said at a press conference Thursday the FBI arrested 16 of the defendants, including Terrence Williams, who she called the “leader of the conspiracy.”

Strauss said Williams allegedly obtained fraudulent medical and dental invoices, sent those invoices to his co-conspirators, who then submitted the claims to the plan, which paid “most” of their claims for procedures that they never received.

In all, 19 people were indicted on one count of conspiracy to commit health care fraud and wire fraud.

Each person allegedly tried to claim between $65,000 to as much as $420,000 in fraudulent medical service reimbursements, Strauss said. She said that in many cases the people submitting the invoices were nowhere near the location where they claimed to be receiving treatments.

“Travel records, email, GPS data and other evidence shows that the defendants who purportedly received medical and dental services at a location on a particular date were often nowhere near the providers offices when the claimed services were supposedly provided,” Strauss said.

One former NBA player, Strauss said, submitted a bill for $48,000 claiming he had IV sedation and root canals and crowns on eight teeth on December 20, 2018 at an office in Beverly Hills, California. But Strauss said, on that date, travel records and even “publicly available box scores” show the man was actually playing professional basketball in Taiwan.

The indictment alleges that at least 10 co-defendants agreed to pay Williams about $230,000 total in “kickbacks” in exchange for him providing them with fake invoices to help with their scheme.

CNN has reached out to the NBA and the NBA players union for comment. CNN is also to reaching out to the defendants.