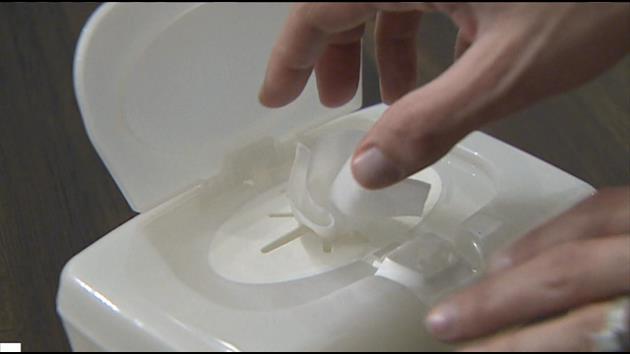 WSVN — They’re supposed to make things more comfortable in the bathroom, but disposable wipes can end up being a real pain. Local plumbers say they’re causing major damage that could leave your wallet wiped out. 7’s Craig Stevens has our report.

If there’s one piece of equipment in your house you desperately want to run smoothly, this is it. But some families are finding themselves in a mess of trouble over a product they bought to keep themselves clean.

Riccardo Ansaldi: "I’ve known not to put wet wipes or fabric down the toilet, but given the case this is a flushable material, it went down the toilet and now we have this problem."

Dozens of companies sell wet wipes for the bathroom claiming they are flushable, but some people like Riccardo, say those claims don’t seem to hold water.

Riccardo Ansaldi: "All the drains in the house were backed up."

He tried clearing the blockage himself and was shocked when a ball of fabric came out.

Riccardo Ansaldi: "I was definitely surprised at the state of the wet wipes that they were not degrading as they should have been it was all wrapped around the snake, and it was a black fabric at first. It looked like a rag."

But the problem wasn’t fixed. Riccardo had to call a plumber.

Even if you don’t use the wipes, it’s costing you.

Jennifer Messemer: "Ends up costing money to our customers because us as a utility have to make repairs."

Water utilities around the country are fixing sewer systems that have been damaged by wipes.

Jennifer Messemer: "We are constantly finding that we have pipes that are being clogged up due to things they say are flushable."

One Minnesota city even filed a class action lawsuit against the makers of the flushable wipes, hoping to recover money spent on clearing the clogs.

The association that represents manufacturers of wipes says the flushable wipes made in the United States are not the problem. They blame consumers for causing the clogs, claiming people are dumping non-flushable wipes down the toilet.

Baby wipes and cleaning wipes should always be thrown in the trash. And you should look for a symbol on a box of wipes that says they are not flushable. If it’s on there, don’t flush the wipe because this is what could happen.

Landon Davis: "We can actually see that the bottom here is rotted out. This happens when material gets left behind in the sewer pipes and bacteria perforates, and it eats a channel through the bottom of the pipe."

The repairs have wiped out Ricardo’s wallet, which is why he and his family are going back to cleaning themselves the old fashioned way.

The sewer department and local plumbers agree, it’s better to be safe than sorry. The only thing you should flush down your toilet is toilet paper.