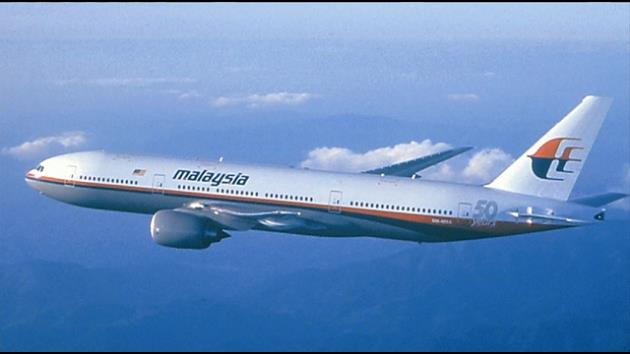 KUALA LUMPUR, Malaysia (AP) – Bad weather suspended the search Tuesday for any remains of a Malaysian jetliner as China demanded information a day after Malaysia’s leader said the heartbreaking conclusion was that Flight 370 had crashed in the southern Indian Ocean with no survivors.

Planes and ships have been crisscrossing a remote area of ocean 2,500 kilometers (1,550 miles) southwest of Australia, but the search was called off because of waves up to 4 meters (12 feet), high winds and heavy rain.

The suspension comes after a somber announcement late Monday by Malaysian Prime Minister Najib Razak saying the plane had crashed in the sea, but which also left unanswered many troubling questions about why the Boeing 777, which was en route to Beijing on March 8 when it disappeared, was so far off-course.

It also unleashed a storm of sorrow and anger among the families of the jet’s 239 passengers and crew – two-thirds of them Chinese.

China responded Tuesday by demanding that Malaysia turn over the satellite data used to conclude that the jet had gone down in the southern Indian Ocean.

Given that 153 of the passengers aboard Flight 370 were Chinese, the incident was a highly emotional one for Beijing. Family members of the missing passengers have complained bitterly about a lack of reliable information and some say they are not being told the whole truth.

Deputy Foreign Minister Xie Hangsheng told Malaysia’s ambassador to Beijing that China wanted to know exactly what led Najib to announce that the plane had been lost, a statement on the ministry’s website said.

“We demand the Malaysian side to make clear the specific basis on which they come to this judgment,” Xie was quoted as telling Iskandar Bin Sarudin during their meeting late Monday.

There was no immediate response from Malaysia.

The families planned to march on the Malaysian Embassy on Tuesday, and dozens of police were already outside the embassy compound.

Najib, clad in a black suit, read a brief statement on what he called an unparalleled study of the jet’s last-known signals to a satellite. That analysis showed that the missing plane veered “to a remote location, far from any possible landing sites.”

“It is therefore with deep sadness and regret that I must inform you that, according to this new data, Flight MH370 ended in the southern Indian Ocean,” he said.

He did not directly address the fate of those aboard, but in a separate message sent to some of the relatives of the passengers, Malaysia Airlines said that “we have to assume beyond any reasonable doubt that MH370 has been lost and that none of those on board survived.”

The conclusions were based on a more-thorough analysis of the brief signals the plane sent every hour to a satellite belonging to Inmarsat, a British company, even after other communication systems on the jetliner shut down for unknown reasons.

The pings did not include any location information. But Inmarsat and British aviation officials used “a type of analysis never before used in an investigation of this sort” to zero in on the plane’s last direction, as it reached the end of its fuel, Najib said.

In a statement, Inmarsat said the company used “detailed analysis and modelling” of transmissions from the Malaysia Airlines jet and other known flights to describe “the likely direction of flight of MH370.”

Najib gave no indication of exactly where in the Indian Ocean the plane was last heard from.

High waves, gale-force winds and low-hanging clouds forced the multinational search to be suspended for 24 hours Tuesday, the Australian Maritime Safety Authority said in a statement.

Australian Prime Minister Tony Abbott said he had spoken to Najib to offer help with the ongoing search and investigation.

“What up until now has been a search, moves into a recovery and investigation phase,” Abbott said. “I have offered Malaysia, as the country legally responsible for this, every assistance and cooperation from Australia.”

Abbott also said Australia would waive visa fees for relatives of the passengers and crew on Flight 370 who wanted to come to Australia.

Some of the relatives who gathered to hear Najib met the news with shrieks and uncontrolled sobs. Others collapsed into the arms of loved ones.

“My son! My son!” cried a woman in a group of about 50 gathered at a hotel near Beijing’s airport, before falling to her knees. Minutes later, medical teams carried one elderly man out of the conference room on a stretcher, his face covered by a jacket.

Other relatives in Beijing went before cameras to criticize the Malaysian officials who “have concealed, delayed and hid the truth” about what happened to the plane. About two-thirds of the passengers on board were Chinese.

“If the 154 of our loved ones lose their lives, then Malaysia Airlines, the government of Malaysia and the military are really the executors of our loved ones,” said a spokesman for the group who, like many Chinese, would give only his surname, Jiang. China includes one Taiwanese national in its total of Chinese on the flight.

Najib’s announcement did nothing to answer why the plane disappeared shortly after takeoff. More specifically, it sheds no light on investigators’ questions about possible mechanical or electrical failure, hijacking, sabotage, terrorism or issues related to the mental health of the pilots or someone else on board.

And it is not clear if the latest information can provide an exact location or just a rough estimate of where the jet crashed into the sea.

But several countries had already been moving specialized equipment into the area to prepare for a possible search for the plane and its black boxes, the common name for the cockpit voice and data recorders.

And there is a race against the clock to find any trace of the plane that could lead them to the location of the black boxes, whose battery-powered “pinger” could stop sending signals within two weeks. The batteries are designed to last at least a month and can last longer.

An Australian navy support vessel, the Ocean Shield, was expected to arrive in several days in the search zone, a defense official said. The ship is equipped with acoustic detection equipment that can search for the black boxes. Without them, it would be virtually impossible for investigators to say definitively what happened to the plane.

“We’ve got to get lucky,” said John Goglia, a former member of the U.S. National Transportation Safety Board. “It’s a race to get to the area in time to catch the black box pinger while it’s still working.”

The U.S. Pacific Command said before Najib’s announcement that it was sending a black box locator in case a debris field is located.

The Towed Pinger Locator, which is pulled behind a vessel at slow speeds, has highly sensitive listening capability that can hear the black box pinger down to a depth of about 20,000 feet (6,100 meters), Cmdr. Chris Budde, a U.S. 7th Fleet operations officer, said in a statement. He called it “a prudent effort to pre-position equipment and trained personnel closer to the search area.”

The U.S. Navy has also sent an unmanned underwater vehicle to Perth that could be used if debris is located, said Rear Adm. John Kirby, a Pentagon spokesman. The Bluefin-21, expected to arrive in Perth on Wednesday, has side-scanning sonar and what is called a “multi-beam echo sounder” that can be used to take a closer look at objects under water, he added. It can operate at a depth of 4,500 meters (14,700 feet).

The search for the wreckage and the plane’s recorders could take years because the ocean can extend to up to 7,000 meters (23,000 feet) deep in that part of the ocean. It took two years to find the black box from an Air France jet that went down in the Atlantic Ocean on a flight from Rio de Janeiro to Paris in 2009, and searchers knew within days where the crash site was.