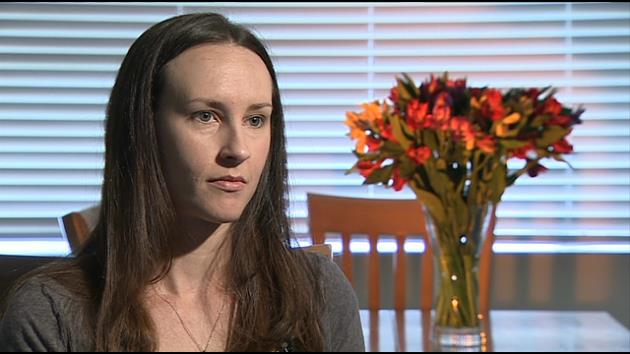 A wedding day can be one of the most memorable days of your life, with pictures and videos to remind you of the fun forever. But, one woman is being reminded of her wedding day because the photographer is using her to advertise his business and won’t stop. What can you do in South Florida when that happens? Simple. Call Help Me Howard with Patrick Fraser.

WSVN — In 2006, John and Michelle Falco were married. This video was taken by a photographer they hired to take wedding pictures.

Michelle Falco: “He was really nice when we met with him. That’s why we decided to go with him. Very easy to talk to, very easy to work with.”

The photographer charged them $2,565 for the video, 250 printed photos and a 32 page photo album.

The video and photos were delivered, but Michelle never received the album.

Patrick Fraser: “Did you ask for it?”

Michelle Falco: “Several times, over a span of about two years.”

After two years, they gave up on ever getting their album. Now fast forward six more years. The Falcos have an adorable little girl.

They had forgotten about their old wedding photographer till Michelle went on his website.

Not only did he never deliver their photo album, the photographer was now using Michelle’s wedding photos on his website without her permission.

Patrick Fraser: “So he’s using you to get more business?”

They contacted the photographer and asked him to remove their pictures from his website.

A few weeks went by and the pictures were still there.

Michelle Falco: “A month later we had a cease and desist order sent to him, which he also ignored.”

More weeks and months have gone by. Michelle is still on the wedding photography website.

Michelle Falco: “I don’t need the album anymore. I have given up on that. But I really just want those pictures taken down.”

Well Howard, Michelle can live without the album she paid for, but she cant live with the fact that the photographer is using her wedding pictures to get more customers. But since he took the pictures, can he use them to advertise his business?

Howard Finkelstein: “No, he cannot. You cannot use someone’s photograph to promote your business without their consent. If they do, you can sue them to force them to remove the pictures and make them pay any court fees you incur along the way.”

I contacted the owner of Golden Memories, the photographer Michelle and John hired. He told me he would have his web designer take down the pictures.

Two weeks later they were still there. I then told them if he would give me the username and password to his website, Channel 7s computer expert Steve Cejas would do it for him.

He gave us his information. Steve quickly took them down. The pictures are gone. As for the album, the owner told me he would get in touch with Michelle and deliver it. But surprisingly Howard says in this case, the law is on the photographer’s side.

Howard Finkelstein: “It’s called the statute of limitations In this case it’s five years. If they haven’t delivered the goods and you haven’t filed a lawsuit within that time frame, you lose. In this case, the photographer doesn’t have to deliver the album. Although, since he was paid, it would be the right thing to do.”

Michelle would be surprised if she got the album, but she is happy because she got what she wanted.

Michelle Falco: “It’s weird going on there and not seeing them anymore, but it’s awesome. I am really glad they are gone.”

Michelle didn’t give the photographer permission to use her pictures, but be careful. In some contracts it may have a line that says they can use your image. If you don’t want them to, take that clause out of the contract. If they wont, walk away.

Wedded to a problem that’s left you in a tangled web? Want a picture perfect scene? Click us. Hopefully we can add you to the album of successful solutions.