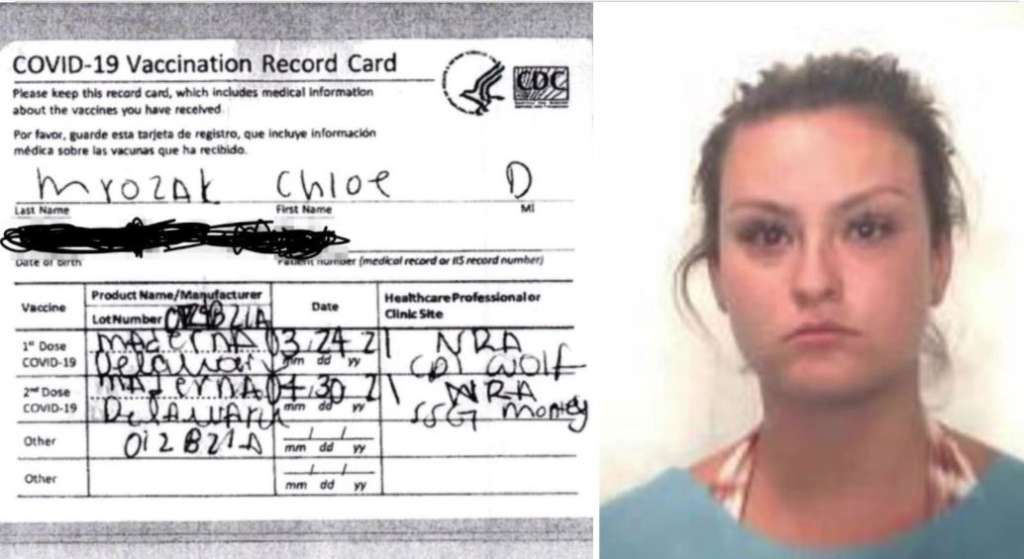 HONOLULU (WSVN) — An Illinois woman traveling to Hawaii has been arrested after she was accused of using a fake vaccination card in an attempt to avoid the state’s mandatory 10-day quarantine.

According to KHOU, 24-year-old Chloe Mrozak was arrested and charged with suspicion of falsified documents. She is also accused of falsifying information on her quarantine location.

The situation came to light on Aug. 23 after the Safe Travels Program administrator reported a possible fraudulent COVID vaccination card after reviewing the card that was uploaded and presented to the airport screener.

According to court documents obtained by KHOU, the screener failed to confirm Mrozak’s hotel reservation before she left the processing center, and when they called the hotel she listed in her Safe Travels forms, there was no reservation for her.

Officials said that upon reviewing Mrozak’s vaccination card, they saw Moderna was misspelled as “Maderna.”

“That’s one indication, as well as other things that in the card they thought it was suspicious and as part of being suspicious they did an excellent job of notifying us,” Special Agent William Lau of the Department of the Attorney General said, according to KHOU.

Authorities said the card also listed Delaware as the location where she had allegedly received her vaccine, though upon calling Delaware officials, they learned no vaccination record existed under Mrozak’s name and date of birth.