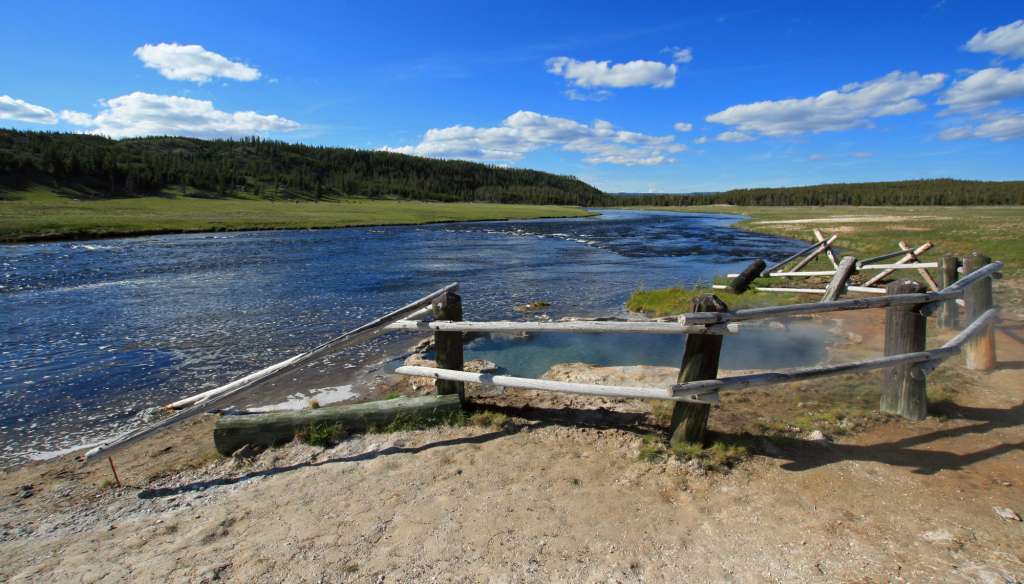 (CNN) — A woman suffered significant thermal burns from her shoulders to her feet while trying to save her dog who jumped into a hot spring at Yellowstone National Park, officials said Tuesday.

The 20-year-old woman from Washington state was visiting the park in Wyoming Monday when she and her father exited their vehicle to look around, according to a news release from the park.

Their dog then jumped out of their car and ran into the Maiden’s Grave Spring near the Firehole River, the park said.

The woman followed the dog into the hot spring to save it and her father pulled her out.

She was taken to the Burn Center at Eastern Idaho Regional Medical Center after she received some initial treatment from park rangers and local fire officials.

The dog was removed from the hot spring and its condition is unknown.

Park officials said they are investigating.

Yellowstone officials caution visitors that the ground in hydrothermal areas is fragile and thin, with scorching water just below.

Yellowstone has more than 10,000 hydrothermal features, including geysers and hot springs, that can be as hot as nearly 200 degrees Fahrenheit, according to the US Geological Survey.

“Everyone must remain on boardwalks and trails and exercise extreme caution around thermal features,” the park said.

A 19-year-old concessions employee from Rhode Island suffered second- and third-degree burns near the Old Faithful Geyser last month and was also taken to the burn center, park officials said.

In May of last year, a woman was burned after falling into a thermal feature at Yellowstone when it was closed due to the coronavirus pandemic. She told park rangers she was moving backward to take photos when she fell.

And last October, a 3-year-old was burned when they ran off a trail and slipped into a small thermal feature near the Midway Geyser Basin.