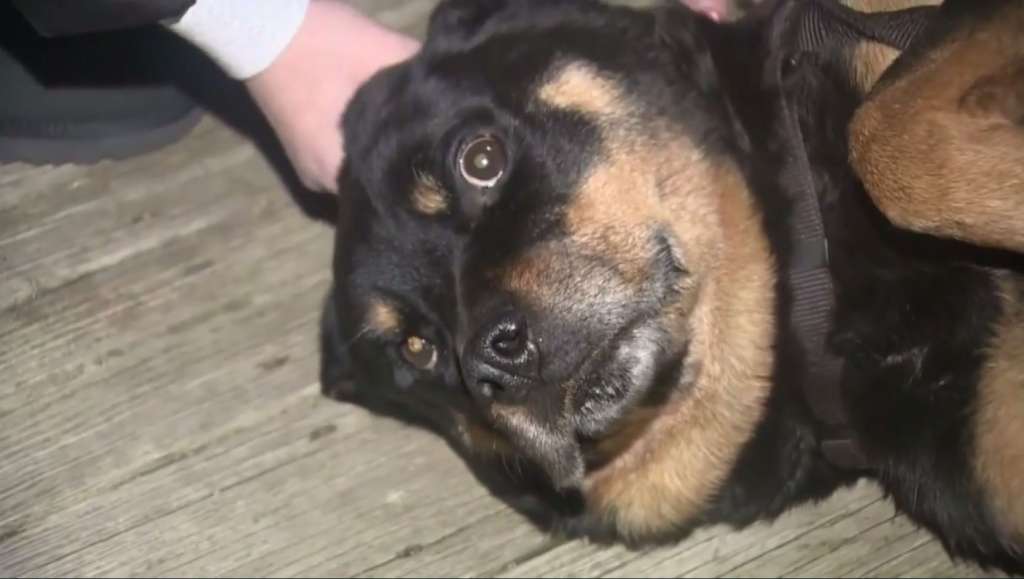 WORCESTER, MA (WSVN) – Eight-year-old Prince has bone cancer in his back right leg, which has made walking difficult.

The dog is on pain medication, and owner Melissa Horstman has saved more than $1,000 in cash for surgery to amputate the rotweiller’s leg.

“He doesn’t really act like an old dog,” Horstman said. “I don’t want to lose him.”

But Horstman says Price’s life now hangs in the balance after thieves broke into her Worcester home, stole the cash she had saved for the surgery, jewelry her mother gave her, and stereo equipment.

The thieves entered the home by breaking the back sliding glass window.

“I believe they broke the glass, saw he couldn’t get up, and continued to do what they wanted to do,” she said. “They shattered glass all over him.”

The thieves stepped over Prince and entered the home, a surveillance camera catching two people walking out the front door.

While Horstman wants her belongings back, she’s most concerned about the cash she says would be used to save her dog’s life.

Horstman has set up a place where people who are interested in helping can donate toward Prince’s surgery. That information is: