Woman found to spread Zika through sex for 1st time 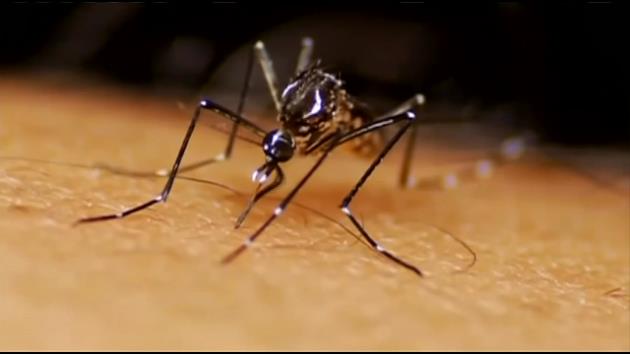 NEW YORK (AP) — A New York City woman infected her male partner with Zika virus through sex, the first time female-to-male transmission of the germ has been documented.

Zika is usually spread by mosquitoes, and health officials have known for some time that men can spread it through sex. The Centers for Disease Control and Prevention reported the case Friday and updated its advice for pregnant women.

The CDC now advises them to use protection if their sex partner has traveled to a Zika-infected region, whether the partner is a man or a woman.

The Zika virus causes only a mild illness, at worst, in most people. But infection during pregnancy can lead to severe brain-related birth defects for the fetus. The New York woman was not pregnant.

While this is the first documented case of a woman spreading Zika through sex, health experts say it is not surprising because most diseases that can be spread through sex can be spread by both men and women.

On the day the woman returned from a trip to a Zika-infected country, she had vaginal sex with her partner, without a condom, health officials were told.

She went to her doctor three days after her return, after developing common Zika sypmtoms such as fever, fatigue, rash and back pain. Tests showed Zika infection.

Seven days after they’d had sex, her male partner developed similar symptoms. Two days later, he went to the same doctor. The doctor tested him even though he hadn’t traveled from a Zika outbreak area and no cases of female-to-male transmission had been reported. He tested positive for Zika.

They both are in their 20s, but no other details about them were released, including where the woman traveled or when the infection started.

The woman began menstruating the day after they had sex. Health official say she may have spread the virus through vaginal fluid or menstrual blood.

The primary concern about Zika infection is the virus’s threat to pregnancies, and health officials have issued cautions to pregnant women who have a male sex partner who may have been infected.

The CDC has now altered its advice slightly, to account for lesbian couples that include a pregnant woman. The CDC is now recommending that “barrier methods” be used by all pregnant women who have a sex partner who lives in or travels to a Zika outbreak area.

No woman-to-woman sexual transmission had been reported to date.

Eleven countries, including the United States, have reported cases of apparent sexual transmission of Zika virus from one person to another, according to the World Health Organization.

There have been no reports of mosquitoes spreading Zika in the continental United States so far. But there have been more than 1,300 people in the 50 states and the District of Columbia who have been diagnosed with Zika. Almost all of them caught the virus while traveling to Latin America, the Caribbean or other outbreak areas.

At least 14 were people who are believed to have caught it from sex with travelers.

Health officials say all or most of those travelers likely were infected through mosquito bites in the countries they were visiting.

Other research has hinted at the possibility of females spreading the virus through sex.

In a study published last month, a team led by researchers at the University of Wisconsin detected Zika virus in the vaginal fluid of rhesus macaque monkeys. It was found for up to seven days after the monkeys were infected.

And there was one report of Zika detected in the vaginal fluid of a woman in the Caribbean island nation of Guadeloupe, a CDC official said.