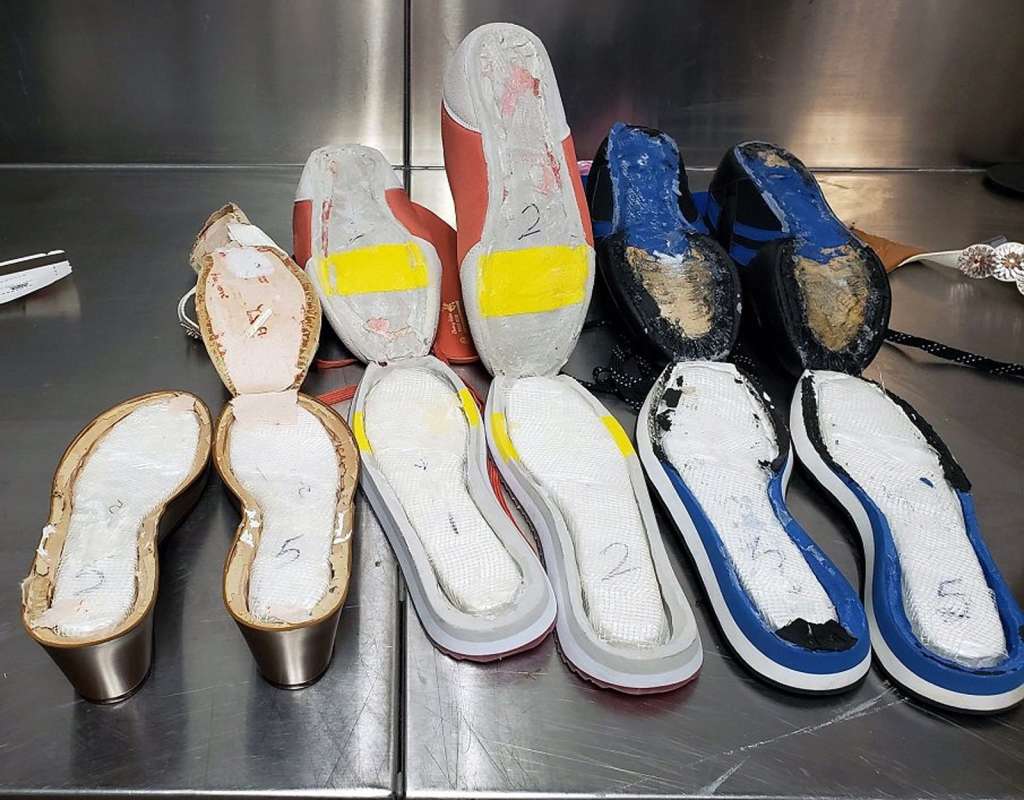 (CNN) — A 21-year-old woman was arrested at Atlanta’s Hartsfield-Jackson International Airport for attempting to smuggle three pounds of cocaine hidden in the soles of seven pairs of shoes, customs officials said Tuesday.

“Shoes are made for walking and not smuggling narcotics,” US Customs and Border Protection (CBP) said in a news release.

The Georgia woman, who wasn’t named, was returning from Jamaica on Sunday when agents pulled her aside for further inspection, according to the news release. It did not say why she was flagged.

Upon examination of her bags, officers found a white powdery substance concealed in the bottoms of seven pairs of shoes, the news release says. The substance field-tested positive for cocaine, the release said.

In images shared by CBP, the shoes, ranging from sneakers to sandals and even a pair of wedges, are arranged on a table after officers took them apart. In the sole of each shoe and inserted in the heel of the wedge, a package of cocaine can be seen.

This isn’t the first time smugglers have attempted to hide drugs in the soles of their shoes. In December, CBP said a drug-sniffing dog at the checkpoint in Yuma sniffed out more than a pound of fentanyl that was duct-taped inside the shoes of an Arizona man.

On a typical day, border agents seize more than 3,600 pounds of drugs, according to CBP.

“Smugglers go through great lengths to conceal drugs from our officers,” Paula Rivera, CBP port director for the Area Port of Atlanta, said in the news release. “Narcotics interdiction remains a priority CBP enforcement mission, one that we take very seriously.”

Officials estimate that the three pounds of cocaine they found in the woman’s shoes has a street value of $40,000. The woman was turned over to the Clayton County Police Department for prosecution, according to CBP.

“Criminal charges are merely allegations,’ reads the release. “Defendants are presumed innocent until proven guilty in a court of law.”

CNN has reached out to the Clayton County police for more information on the woman and the charges she faces.