Want to help the climate crisis? Don’t toss your old iPhone, fix it 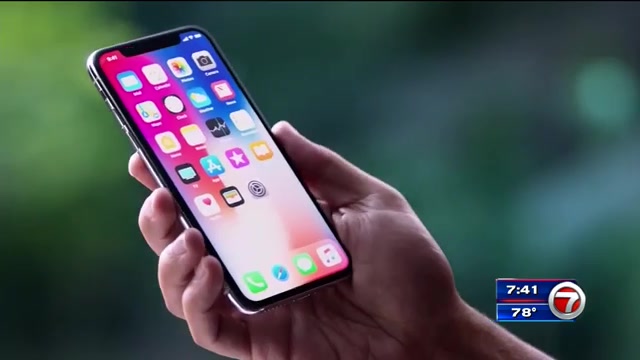 (CNN) — The life cycle of a smartphone begins in mines around the world. There, raw materials and rare earth metals are extracted from the planet in an energy-intensive process.

Those materials get transported to factories where they’re refined, often using high temperatures and significant energy, and turned into components like batteries, wires, logic boards and motors. The components are then transferred by fossil fuel-powered vehicles to yet more factories to be assembled into complete devices, before being shipped to consumers around the world.

As taxing as this manufacturing process is on the environment, it’s only made worse by how quickly most consumers discard their phones. Manufacturers have made it difficult to repair devices, and replacing them is often an easier and less expensive solution for consumers, further contributing to the already-dire climate crisis.

“The greenest smartphone is the one you already own,” said Cole Stratton, an associate instructor at Indiana University Bloomington, who has studied tech supply chains. “Smartphones seem so small and inconsequential, so unless you’ve studied the supply chains and realized everything that goes into creating [them], you really just have no sense of how environmentally devastating these things are.”

The growing “right-to-repair” movement could help.

Right-to-repair advocates, including Apple co-founder Steve Wozniak, are calling for laws that would require device makers to release the tools, parts and repair manuals necessary to allow consumers to have their products fixed by independent shops — or to do it themselves. If consumers could more easily repair devices, advocates say, they wouldn’t have to replace them as frequently, reducing reliance on the resource-intensive production process and cutting down on electronic waste. And it’s not just smartphones: Right-to-repair could make it easier to fix everything from tablets to tractors.

Regulators are starting to take notice. US President Joe Biden recently directed the Federal Trade Commission to issue rules preventing manufacturers from imposing restrictions that make it hard to repair devices. A week later, the FTC committed to investigating repair restrictions that may be illegal under federal antitrust and consumer protection laws. European regulators, meanwhile, have been out front on right-to-repair, implementing rules earlier this year that require manufacturers of devices like washing machines and TV displays to make parts and repair manuals available to third-parties for repairs.

For the climate, the push can’t come soon enough. The world’s scientists concluded in August that it is “unequivocal” humans have caused the climate crisis, and confirmed that widespread and irreversible changes have already occurred.

“If we can’t repair our stuff, the consequences are we throw a lot more away,” Gay Gordon-Byrne, executive director of the Repair Association, a coalition fighting for the right to repair, told CNN. “We can’t cope with the volume anymore … We’re swimming in products that we can no longer recycle.”

The supply chain for consumer electronics is global and complex, making it hard to quantify the full scope of its environmental impact, experts say.

But data that some companies make public can help paint the picture: With the iPhone 13, for example, 81% of the 64 kilograms of carbon emissions generated by a single device comes from the production process alone, before it is transported to shelves, according to Apple.

On an individual scale, that’s not much; it’s about the same as a 130-mile car trip from Los Angeles to San Diego. But multiply that by the hundreds of millions of iPhones sold each year and it adds up quickly. Then, apply a similar calculation to the countless other personal devices we use each day — laptops, desktops, tablets, smartwatches, smart speakers, smart headphones and so on — and you begin to get a sense of the carbon footprint of manufacturing new consumer electronics.

“Everything that happens before the device reaches you is very materially and energetically intensive — that’s where the most greenhouse gasses are emitted and where the most violent ecological transformation takes place,” Stratton said.

Some device makers have been working to increase their use of more sustainable materials in production. Apple, for example, highlighted in its recent product launch event the recycled aluminum and other repurposed components used in its new devices, and HP has talked about using plastics that might otherwise end up in the ocean to build laptops.

Still, making a consumer electronic device requires the use of non-renewable, rare-Earth metals that are resource-intensive to mine and refine, and those can’t easily be replaced with other components, according to Stratton.

Europium and terbium, for example, are needed to make HD screens; zinc and tin help make touch-responsive surfaces; and lithium is used in batteries — just to name a few. Even with advancements in sustainable materials, not making a new device is still the most environmentally friendly option, Stratton said.

The case for right-to-repair

Many big device makers have designed products in a way that makes them difficult to repair without specialized equipment and instructions, and have limited the authorized repair shops where customers can access such repairs without compromising their device’s warranty. This has become increasingly true in recent years. Manufacturers’ recent design updates include the use of glue rather than screws, which can make a device smaller and lighter but also makes it harder to take apart and put back together.

Apple did not respond to a request for comment for this story. During a Congressional judiciary committee hearing in 2019, Apple said it controlled the repair process over safety and reliability concerns. Device makers also say repair restrictions help protect trade secrets and consumer privacy. But the restrictions can also lead to profit if consumers are forced to take their broken devices to licensed shops, said Gartner analyst Aapo Markkanen. And it boosts sales if consumers must replace their devices every few years.

“We always had a right to repair our stuff because we paid for it, but we’ve just lost it as a society,” Gordon-Byrne said.

Advocates say these restrictions strip the public of their right to do what they want with products they own, and disadvantage small repair businesses that could be helping to preserve more old devices if they could access the proper resources.

Tech Dump is an electronics recycling facility in Minnesota that also repairs and resells old devices through its store, Tech Discounts. It processes between 3 million and 4 million pounds of electronics each year, but can only fix and resell about 10% of the devices it takes in.

The link between e-waste and right-to-repair

The end of a product’s life cycle is troubling for the environment, too. Manufacturers arguing against right-to-repair often say that recycling compensates for the need to regularly replace devices. But experts say it’s not that simple.

In 2016, Jim Puckett, the founder and executive director of the Basel Action Network, a Seattle-based electronic waste watchdog group, visited Hong Kong as part of a global investigation analyzing the end-of-life phase of devices. Puckett and a team attempted to follow the geolocating tracking devices that his organization and experts at Massachusetts Institute of Technology had put into 200 computers, printers, TVs and other devices.

The team dropped them off at recyclers and donation centers across the United States that he said branded themselves as “eco-friendly” and “sustainable” and have “strict control of exportation” to developing countries.

But Puckett’s team found that roughly a third of the electronics they tracked ended up overseas, in places like Pakistan, Thailand, Mexico, the Dominican Republic and Kenya, with 87% of those devices landing in Asia, particularly rural Hong Kong.

When Puckett and his team arrived at one of their first destinations in Hong Kong — which they found using the GPS coordinates on the device trackers — he said they found workers dismantling e-waste negligently. Workers broke down parts like fluorescent lights used for flat-screen TVs or monitors; once damaged, these devices release unseen mercury vapor that is toxic to public health and the environment.

“Chasing the end of life of electronics is really disheartening,” Puckett told CNN. “At the end of the whole cycle, real horror shows can take place.”

Even recyclers that process waste responsibly say the procedure can be difficult, because consumer electronics can contain metals and toxic chemicals, and plastics that are expensive to process, according to LaGrange.

Repair advocates say that both consumers and companies should take a broader view of how we handle devices from start to finish. Manufacturers in particular should consider the harm devices and their components can cause to the environment when disposed, Puckett said.

“You’ve got to get the toxicity out and design things to last a really long time from the get-go,” Puckett said.

The total mass of e-waste is declining as devices get smaller, according to a 2020 Yale study published in the Journal of Industrial Ecology. But experts worry that with the coming “internet of things” revolution — where everything from watches to refrigerators are becoming consumer electronic devices — the amount of waste could tick back up.

“The Internet of Things is terrifying to every person in my job, because we’re just seeing piles and piles of electronic waste coming,” said LaGrange, who has been advocating for right-to-repair for nearly seven years.

“The fact that we are still having this conversation is surprising,” she said. “What was encouraging about President Biden’s work … is that we’ve known that repairs are important for years, they’re helpful for the people, for our planet, for local jobs, for all things digital equity. So there was something really encouraging about that being seen. But at the same time, there are still a lot of restrictions.”