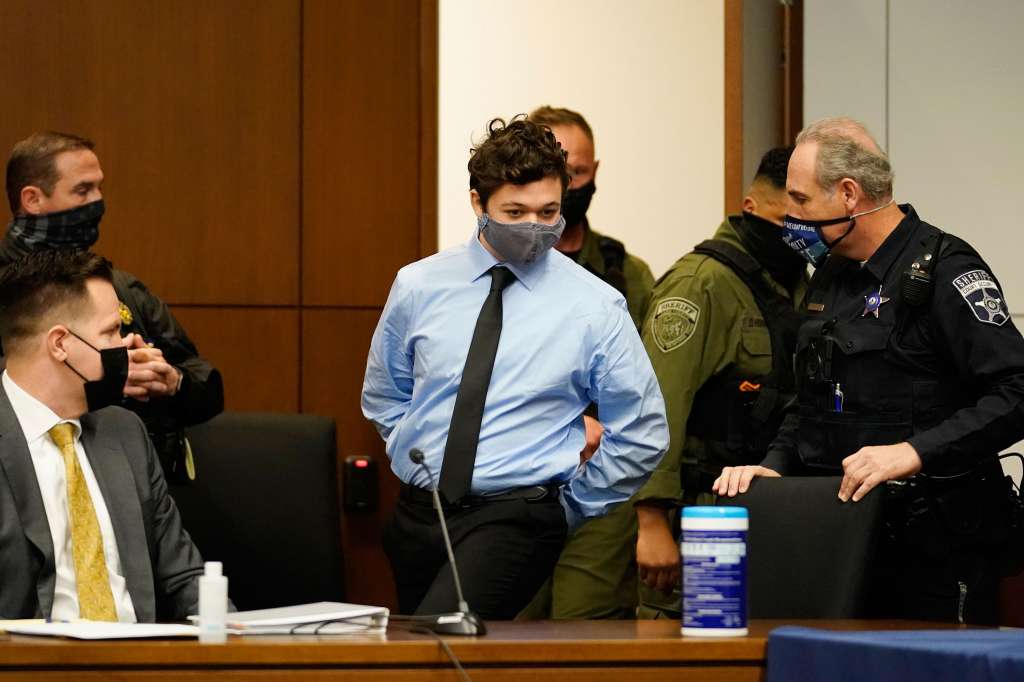 Kyle Rittenhouse appears for an extradition hearing in Lake County court Friday, Oct. 30, 2020, in Waukegan, Ill. The 17-year-old is accused of killing two demonstrators in Kenosha, Wis., on Aug. 25, 2020, two days after a police officer trying to arrest Jacob Blake shot him seven times in the back, paralyzing him from the waist down. (AP Photo/Nam Y. Huh, Pool)

(CNN) — A Norfolk police officer has been relieved of his duty after an internal investigation into reports that he donated and expressed support for the actions of Kyle Rittenhouse, who is facing two felony charges of homicide in the deaths of two men and a felony attempted homicide charge in the wounding of another man during street protests in August.

Norfolk City Manager Chip Filer fired Lt. William Kelly on Tuesday at the recommendation of Norfolk Police Chief Larry D. Boone, according to a statement from the city on Tuesday.

“I have reviewed the results of the internal investigation involving Lt. William Kelly. Chief Larry Boone and I have concluded Lt. Kelly’s actions are in violation of City and departmental policies. His egregious comments erode the trust between the Norfolk Police Department and those they are sworn to serve. The City of Norfolk has a standard of behavior for all employees, and we will hold staff accountable,” Filer said in the statement.

Kelly was initially placed on administrative duty after reports were made that he donated on April 16, 2021, the statement said. In accordance with the City of Norfolk grievance procedure and applicable law, Kelly now has the right to appeal his firing.

CNN has attempted to reach Kelly and the Norfolk Police Union for comment.

Rittenhouse, 18, is accused of shooting the men during protests over the fatal shooting of Jacob Blake in Kenosha, Wisconsin. He pleaded not guilty, and his attorneys have maintained he acted in self-defense.

He was released from custody in November after his attorney Lin Wood posted the $2 million bail, according to the Kenosha County Sheriff’s Department.

Wood said in a tweet that Mike Lindell, CEO of My Pillow, Inc., and others helped raise the funds needed for Rittenhouse.

“God bless ALL who donated to help #FightBack raise required $2M cash bail. Special thanks to Actor Ricky Schroder @rickyshroder1 & Mike Lindell @realMikeLindell for putting us over the top. Kyle is SAFE. Thanks to ALL who helped this boy,” read the tweet.

Rittenhouse was arraigned January 5, and both prosecutors and defense attorneys agreed to push his trial over charges that he killed Anthony M. Huber and Joseph Rosenbaum and wounded Gaige Grosskreutz from March to November 1.

“There are a number of outstanding issues in discovery, some DNA testing, and some other issues that need to be taken care of,” Assistant District Attorney Thomas Binger said last month.