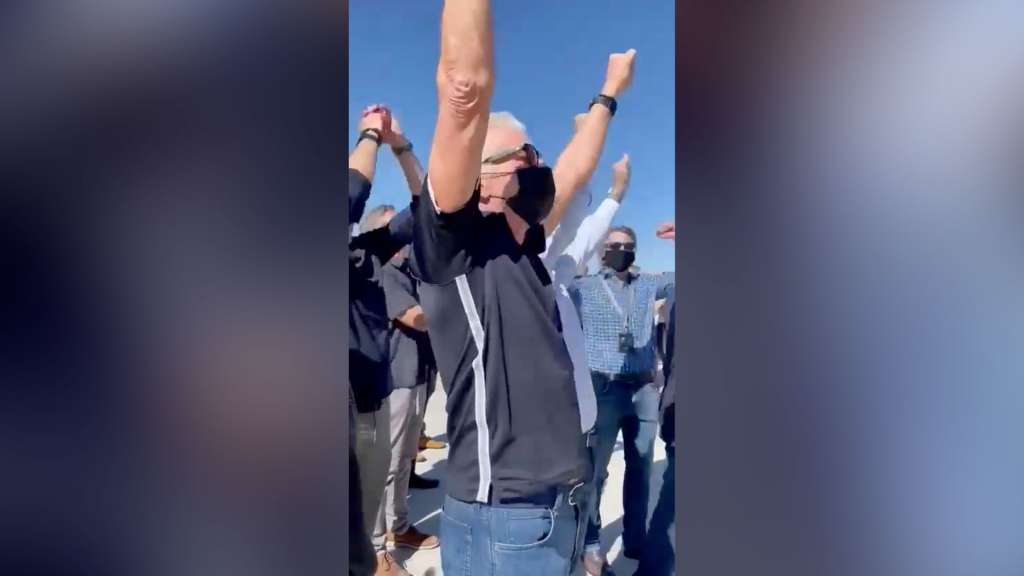 The success cues up Virgin Galactic to begin launching paying customers within the next year as the company works to finish its testing campaign at its new headquarters in New Mexico.

Spaceplane VSS Unity reached an altitude of 55.45 miles, according to the company. The US government recognizes the 50-mile mark as the edge of space. The company tweeted Saturday morning that the spaceflight carried technology experiments for NASA’s Flight Opportunities Program.

News of Virgin Galactic’s test flight appeared to encourage investors earlier in the week, as they sent shares soaring more than 14% on Wednesday.

Virgin Galactic, founded by British billionaire Richard Branson in 2004, has spent years pledging to take groups of customers on brief, scenic flights to suborbital space. But the company has faced a series of complications and delays, including a 2014 test flight crash that left one pilot dead.

Nonetheless, Virgin Galactic has already sold tickets for $200,000 to $250,000 to more than 600 people. And the company said it expects to see broad interest when ticket sales reopen — tickets that will be sold at a higher price than previously.

Recently, the company installed a new CEO, former Disney executive Michael Colglazier, and has been pledging to slowly ramp up to commercial operations over the next year or so. It’s also focused on constructing a new line of planes, called SpaceShipIII, and is angling to one day fly about 400 flights each year from its New Mexico spaceport.