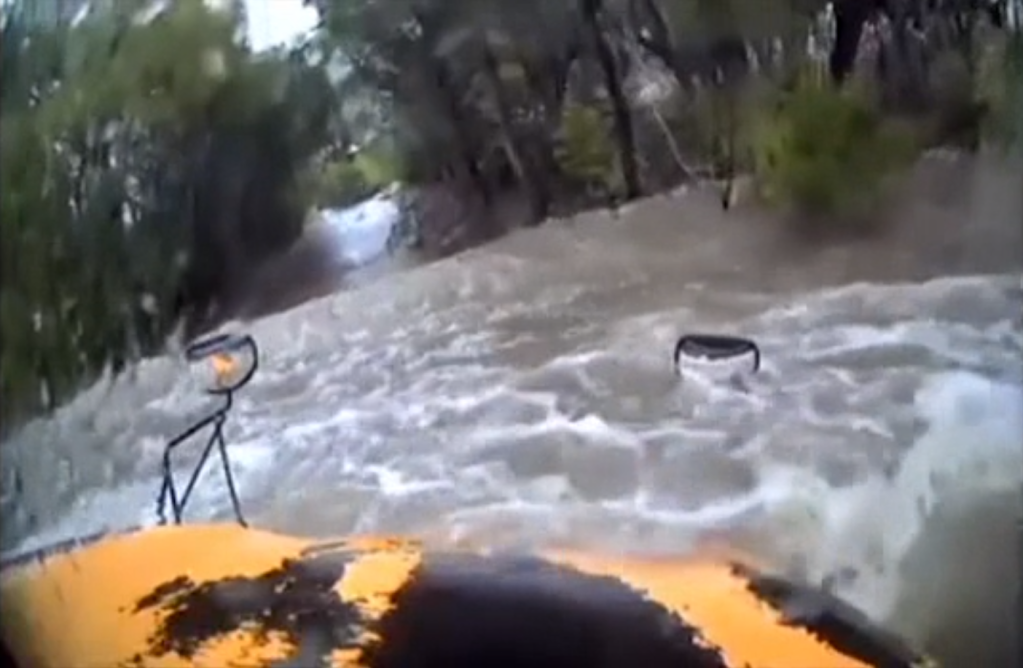 LEANDER, Texas (AP) — Dash cam video shows what happened when a school bus driver ignored a barricade and drove into a flooded road in Texas.

On the morning of Oct. 16th, during record rain and flooding in our area, a bus driver attempted to drive over a low-water crossing after driving around a barricade posted in the road indicating the road was closed due to flooding. The Leander Police Department has elected to release a portion of the forward-facing video from the bus in an effort to illustrate the dangers of attempting to drive across a low-water crossing during flood conditions. The biggest factor in these circumstances is buoyancy. For each foot the water rises up the side of the vehicle, the vehicle displaces 1,500 lbs. of water. In effect, the vehicle weighs 1,500 lbs. less for each foot the water rises. Just two feet of water can carry away most vehicles. TURN AROUND – DON’T DROWN is not just a catchy phrase, but potentially a life-saving reminder. #turnarounddontdrown Link to KVUE story of original incident: https://www.kvue.com/video/news/local/community/bus-driver-charged-for-driving-in-high-water/269-8285095

Footage released by police in Leander shows the bus, carrying one child, was quickly swept away as the water got deeper and covered the hood. The bus eventually ended up in a clump of trees, where the driver and 12-year-old passenger were rescued.

The driver was fired. Police charged him with endangering a child and failure to obey warning signs.

Police say they released the video to show the dangers of trying to drive in flood conditions.