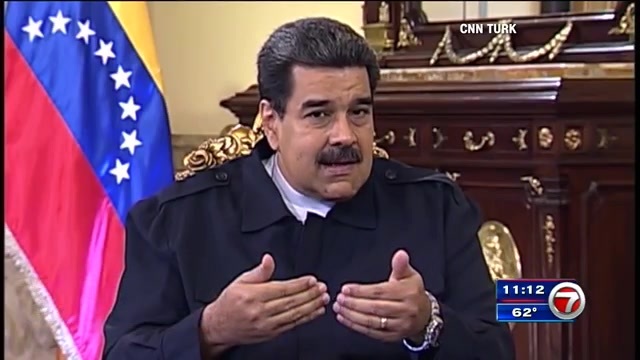 CARACAS, Venezuela (AP) — Venezuelan President Nicolas Maduro and high-ranking officials from the South American nation have met Iran’s oil minister of Iran to discuss cooperation in energy matters and efforts to defeat economic sanctions imposed by the U.S. and its allies.

Officials from both oil-producing nations ratified agreements in this week’s meetings in Venezuela, according to a statement from country’s Petroleum Ministry. Iran’s delegation was led by Oil Minister Javad Owji.

Venezuelan Petroleum Minister Tareck El Aissami praised “the position assumed by the Persian nation in the construction of routes and mechanisms to overcome the unilateral coercive measures imposed by the government of the United States and allied countries,” according to the statement.

Neither country announced the visit in advance.

Since late President Hugo Chávez won power in 1999 and founded the current leftist government, Venezuela has strengthened relations in the energy, commercial, financial and industrial areas with Iran. In recent years, Iran has shipped gasoline and other products to the country amid a U.S. sanctions campaign.

Venezuela has one of the largest oil reserves in the world, but its industry is facing a crisis that officials associate with the sanctions imposed by the U.S. to pressure the exit of the Maduro government, but which analysts maintain which is due to a fall in production, financial difficulties and lack of investment.

Maduro on Tuesday tweeted that Venezuela has “always” had the support of Iran. He added that Iran can count on Venezuela’s “support and commitment to continue advancing along the path of shared benefit and complementarity for our peoples.”

Owji also tweeted that the countries have a long history and want “to use all capacities to develop mutual relations and cooperation.”