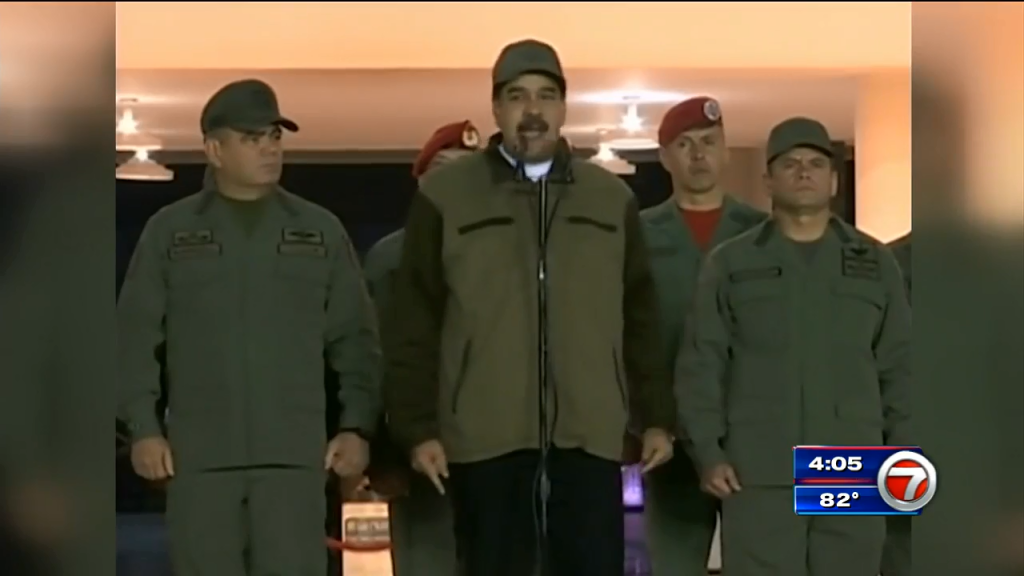 CARACAS, Venezuela (AP) — Seven Venezuelan military officers have been killed when their helicopter crashed while heading to a state where President Nicolas Maduro appeared alongside troops Saturday.

The Cougar helicopter hurtled into a mountain outside Caracas in the early hours of an overcast day in the capital.

The armed forces in a statement said the chopper was heading to San Carlos in Cojedes state. That’s an hour away from a military academy where Maduro appeared early Saturday overseeing training exercises in a display of confidence in his armed forces following a week of intrigue that saw a small cadre of soldiers turn against him in an opposition-led uprising.

On board were two lieutenant colonels as well as five lower-ranking officers.

The statement didn’t say if the chopper was part of the presidential delegations.