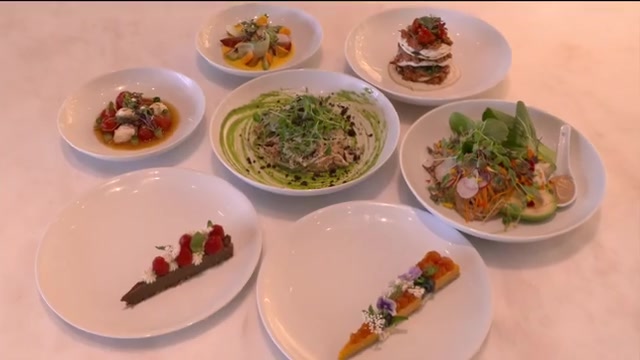 (CNN) — On the ever-growing list of pros and cons of plant-based diets, the higher risk of bone fractures has been reinforced on the list of possible drawbacks.

Vegans and vegetarians may be at greater risk for bone fractures than meat eaters, according to a large, longitudinal study published Sunday in the journal BMC Medicine.

Fractures in adulthood and older ages are common, but previous studies have shown that vegetarians have lower bone mineral density than non-vegetarians. Bone density is “a measure of the amount of minerals (mostly calcium and phosphorus) contained in a certain volume of bone,” according to the US National Cancer Institute.

Substantially lower intakes of dietary calcium and protein have also been reported among non-meat eaters. Despite this prior research, the associations between vegetarian diets and fracture risks have been unclear until now, the study said.

“This is the first comprehensive study and the largest study to date to look at the risks of both total fractures (fractures occurring anywhere in the body) and fractures at different sites in people of different habitual dietary habits,” said the study’s lead author, Tammy Tong, a nutritional epidemiologist at the Nuffield Department of Population Health at the University of Oxford, via email.

Nearly 55,000 relatively healthy adults from the UK answered a questionnaire on diet, socio-demographic characteristics, lifestyle and medical history between 1993 and 2001. Researchers categorized them by diet then and at follow-up in 2010: meat eaters, fish eaters (pescatarians), vegetarians (no meat or fish but dairy and/or eggs) and vegans (nothing from animals).

The authors found 3,941 total fractures by 2016. In comparison to meat eaters, vegans with lower calcium and protein intakes on average had a 43% higher risk of fractures anywhere and in the hips, legs and vertebrae. Vegetarians and pescatarians had a higher risk of hip fractures than meat eaters, but the risk was partly reduced when the researchers considered body mass index and sufficient consumption of calcium and protein. However, the risk was still higher for vegans with those factors taken into account.

“The study findings support a growing body of research on bone health with protein and calcium intake as well as BMI (body mass index),” said Lauri Wright, a registered dietitian nutritionist and chair of the department of nutrition and dietetics at the University of North Florida, who wasn’t involved in the study. “Protein and calcium are the two major components of bone.”

Limitations of the study included that most of the participants were White European and women. “The results from this, given the limited participants, cannot be generalized to … other populations and further study is needed,” said Katherine Tucker, a professor of nutritional epidemiology at the University of Massachusetts, Lowell, who wasn’t involved in the study.

The authors also had no data on any calcium supplementation or on the causes of fractures, and nutrient intake was self-reported instead of objectively measured.

Additionally, BMI could partially explain the findings, the authors said. Vegans and vegetarians tend to have lower BMI, as was the case in this study. Low BMI has been associated with fractures in some areas, potentially due to factors like less cushioning against force when a person falls.

Because the risk differences in vegans remained after factoring in BMI and sufficient intakes of calcium and protein (by milligram), other factors that weren’t investigated may be important — such as the differences between protein and calcium from animals and from plants.

“Most of these things are better absorbed from animal foods,” Tucker said. “Some vegetarians say, ‘Well, if you look at the food tables, I have enough calcium.’ But calcium in whole grains is bound by phytates and in green leafy vegetables, it’s bound by oxalates.”

Phytates and oxalates are compounds that bind minerals like calcium, zinc and iron, so the minerals aren’t released and absorbed as easily in the gut. That means that although spinach and other leafy greens are high in calcium, the oxalates in them prevent the body from absorbing that calcium as much as it could from dairy.

How to do plant-based right

The authors didn’t have data on diet quality, but people on whole food, nutrient-dense plant-based diets tend to fare better than those who eat mostly processed foods.

“Though meat-eaters typically consume higher amounts of protein, calcium and vitamin D and the nutrients are more bioavailable (able to be used by the body), a person may still be deficient if their food choices are poor,” Wright, who is also a spokesperson for the Academy of Nutrition and Dietetics, added via email.

“A deficiency has the same impact on bone health, whether you are a meat-eater or plant-eater.”

“The main thing about vegetarians and particularly, vegans,” Tucker said, “is that they need to be very careful about getting the nutrients that they are missing if they’re not including products” rich with them.

Prior consensus about protein was that too much would increase acid load, therefore leaching calcium from our bones and leading to brittle bones. However, recent studies have found that “the higher the protein (within normal intake ranges), the better for bones,” Tucker said.

Protein is critical for bone strength, and UK-based vegetarians and vegans have been reported to have lower lean mass and grip strength than people who ate meat — which can influence muscle and grip strength. That could impact fall risk and therefore likelihood for fractures.

Getting key nutrients like protein, calcium, vitamin B12 and vitamin D (crucial for calcium absorption) from plants requires higher amounts than what are federally recommended since plant nutrients are less easily absorbed, Tucker said.

Strategically approaching a non-meat diet with a dietitian’s help may be your best bet. “There’s a lot of misinformation on the internet, so you really do have to be careful,” Tucker said.

“Definitely get consultation from experts in order to make sure that you’re not only meeting the needs based on the food tables, but you’re considering the absorption of these nutrients and the complementary proteins.”

Ensure you get enough amino acids, the building blocks of protein, from foods including tofu, tempeh, rice and beans.

Calcium supplements can benefit people with deficiencies, she added, but single-ingredient supplements can interfere with overall nutrient absorption if the dosage is too high. Talk with your doctor or dietitian before taking any supplements.

Additionally, “given that low BMI is a risk factor for hip fractures, all people should aim to maintain a healthy BMI (neither under nor overweight),” Tong said.

“The bottom line is that people want answers — vegetarian versus non-vegetarian or this versus that. Or if you eat this food versus that,” Tucker said. “It’s never about a single food or a single even dietary pattern. It is all about the quality.”