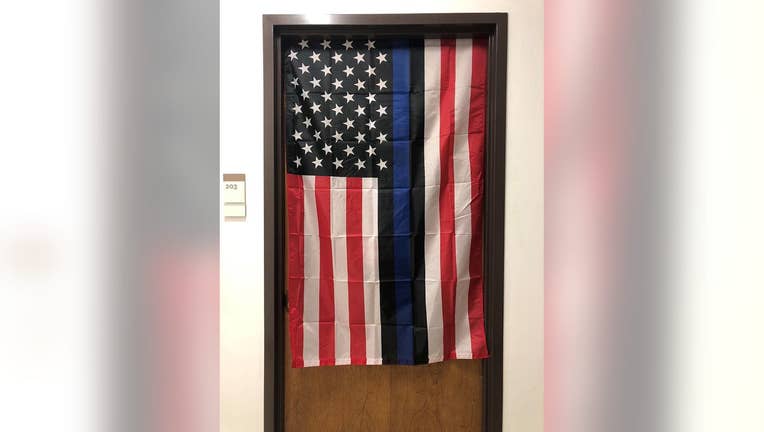 LOS ANGELES (WSVN) – A professor at the University of Southern California is refusing to remove a Blue Lives Matter flag from outside his office door after the display caused controversy.

According to Fox News, the professor, James Moore, hung up the flag at the start of the fall semester. However, the display did not sit well with some students.

“This is an inappropriate and unnecessary symbol to have on an office door where USC is, within the last year or two, trying to have a much broader diversity initiative and to be inclusive, especially in the STEM area,” Shai Porat, a graduate student told the campus newspaper the Daily Trojan.

“I want them to take it down, and I want them to do something about Professor Moore because this is not the first controversial thing he’s done,” Maricarmen Pachicano, a graduate student told the newspaper.

Porat said he brought his concerns to administration, but officials said there is no policy supporting the removal of the flag.

“The university does not have a policy that limits the display of materials in spaces like this, though we are looking at whether it is needed,” the university said in a statement to the Daily Trojan. “As part of the university’s commitment to academic freedom, a faculty member can express his or her individual beliefs and viewpoints on a wide variety of topics – even controversial issues – but they do not speak on behalf of a school or the broader university.”

Moore told the newspaper that he believes that the Blue Lives Matter and Black Lives Matter movements are not mutually exclusive and that “blue lives protect Black lives.”