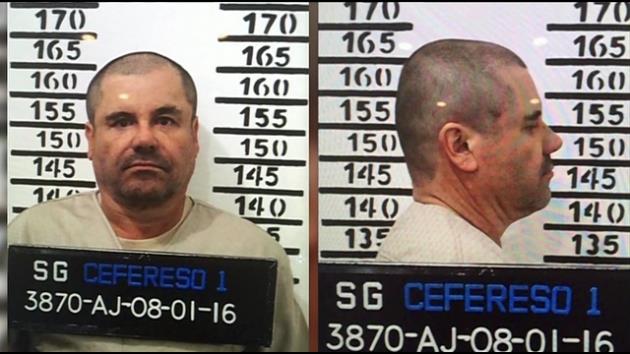 The proposal, filed by prosecutors Friday, indicates the massive sum represents property “constituting or derived from” his narcotics-related crimes and the property that “facilitated the commission of those crimes.”

“It’s insane to think that Guzman would have all that money,” said Mariel Colon, one of Guzman’s attorneys.

Guzman, once the leader of the murderous Sinaloa drug cartel in Mexico, was convicted in February of running a continuing criminal enterprise and several other drug-related charges.

Several witnesses, including some of Guzman’s associates, testified during his months-long trial that they would sell a kilogram of cocaine in New York for up to $35,000 and the same amount of heroin elsewhere for an average of $55,000, the filing states.

During the trial, another of Guzman’s attorneys Jeffrey Lichtman, pointed to testimony from former cartel associates who said Guzman had money problems.

“This is largely an academic exercise as the government has never located or identified even a penny of this $12.7 billion in proceeds supposedly generated by Mr. Guzman,” Lichtman said Friday.

But prosecutors don’t need to prove that Guzman can actually pay the forfeiture, the filing says, and “criminal forfeiture is viewed as part of the sentencing process.”

Guzman is currently being held in federal prison in Manhattan. He faces a mandatory term of life in prison without the possibility of parole on at least one charge. He is expected to be sentenced on July 17.

Earlier this week, a federal judge denied the defense requests for a new trial or an evidentiary hearing to determine juror misconduct.

The judge said a “mountain range of evidence” against the trafficker strongly countered his attorneys’ claims that jurors engaged in misconduct by following media coverage during the proceedings.