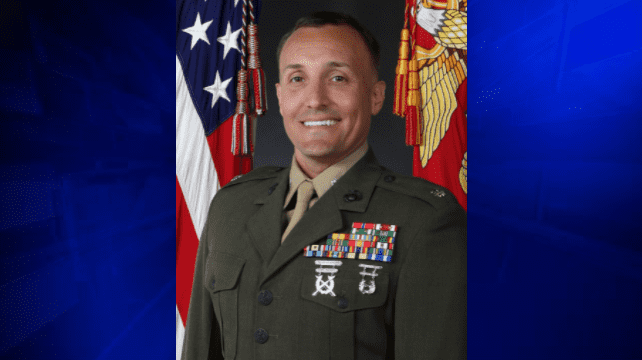 (CNN) — US Marine Corps Lt. Col. Stuart Scheller has been relieved of command after he posted a video online questioning military leaders’ handling of the situation in Afghanistan, a Marine Corps spokesperson said Friday.

Scheller had posted a video to his Facebook page on Thursday stating: “People are upset because their senior leaders let them down and none of them are raising their hands and accepting accountability or saying, ‘we messed this up.'” The Marine officer — who served in both Afghanistan and Iraq — said in the video he was “willing to throw it all away” to publicly “demand accountability” from military leadership.

After the video was posted, Marine Corps spokesperson Maj. Jim Stenger said in a statement that Scheller had been relieved of command “due to a loss of trust and confidence in his ability to command.”

“This is obviously an emotional time for a lot of Marines, and we encourage anyone struggling right now to seek counseling or talk to a fellow Marine. There is a forum in which Marine leaders can address their disagreements with the chain of command, but it’s not social media,” Stenger said.

Scheller’s video was posted the same day that 13 US service members and more than 170 others were killed in an attack outside Kabul’s airport, according to the Pentagon and Afghanistan’s Ministry of Public Health.

“The 13 service members that we lost were heroes who made the ultimate sacrifice in service of our highest American ideals and while saving the lives of others,” said President Joe Biden in a Saturday statement. “Their bravery and selflessness has enabled more than 117,000 people at risk to reach safety thus far. May God protect our troops and all those standing watch in these dangerous days.”

Scheller wrote in a Facebook post Friday after being relieved that “my chain of command is doing exactly what I would do… if I were in their shoes.”

“I will not be making any statements other than what’s on my social platforms until I exit the Marine Corps. America has many issues… but it’s my home,” he wrote.