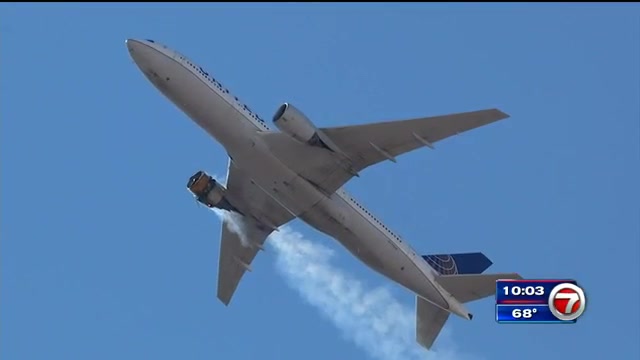 (CNN) — United Airlines is removing all of its Boeing 777 planes currently in service that are powered by Pratt & Whitney 4000 series engines after the Federal Aviation Administration called for stepped-up inspections.

The airline announced Sunday it was immediately removing the planes “out of an abundance of caution.” The 24 aircraft are part of the 52 777s in the United fleet. The other 28 remain in storage.

The move is voluntary and temporary, United said, and should disrupt only “a small number of customers.”

The announcement came after the FAA issued an emergency order saying it would be stepping up inspections of Boeing 777 airplanes equipped with certain Pratt & Whitney PW4000 engines.

“We reviewed all available safety data following yesterday’s incident,” FAA Administrator Steve Dickson said, referring to the United Airlines flight that was forced to return to Denver International Airport on Saturday after it suffered an engine failure shortly after takeoff, causing debris to fall in greater Denver.

“Based on the initial information, we concluded that the inspection interval should be stepped up for the hollow fan blades that are unique to this model of engine, used solely on Boeing 777 airplanes,” Dickson said.

The National Transportation Safety Board said Sunday an initial examination of the Pratt & Whitney PW4077 engine from United Airlines Flight 328 showed that two fan blades were fractured and the remaining blades exhibited damage “to the tips and leading edges.”

These are preliminary findings and should not be taken as conclusive of what went wrong Saturday, but they are still significant.

Investigators believe a fan blade in the engine of the Boeing 777 that experienced a catastrophic engine failure on Saturday came off and took out another blade, a source familiar with the situation told CNN.

According to the most recent registry data, the only airlines that operate with the affected engines are in the United States, Japan and South Korea. United is the only US operator with this type of engine in its fleet.

The NTSB said the “investigator-in-charge for this event along with a powerplant specialist” traveled from Washington to Denver on Sunday morning to assist local NTSB investigators.

The agency said it will be examining “the engine, airplane and the photographs and video taken by passengers aboard United flight 328.” The NTSB will also review the flight data and cockpit voice recorders.