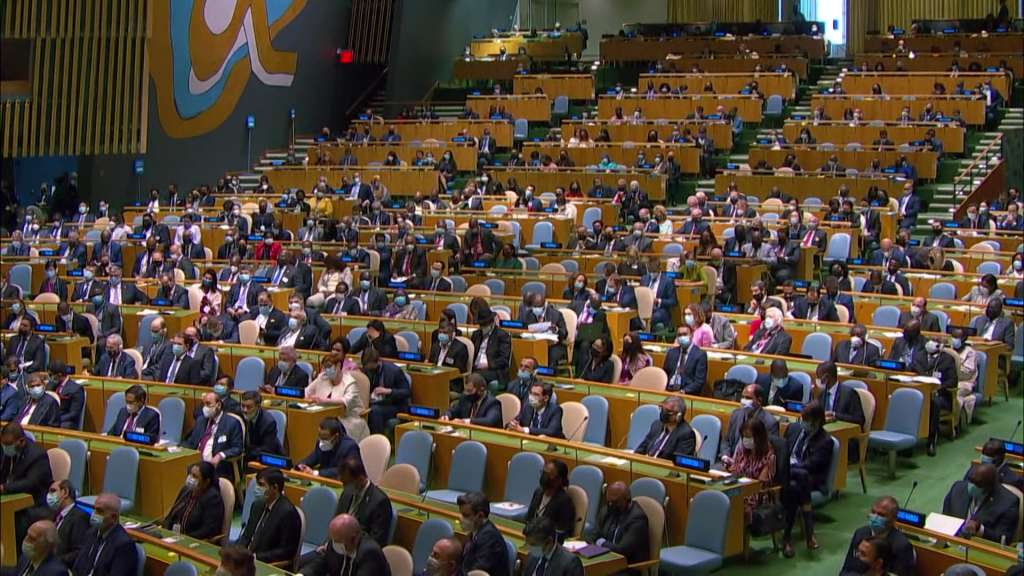 UNITED NATIONS (AP) — The United Nations says the Taliban, Afghanistan’s new rulers since last month, have challenged the credentials of Afghanistan’s former U.N. ambassador and are asking to speak at the U.N. General Assembly’s high-level meeting of world leaders that began Tuesday.

The question now facing U.N. officials comes about a month after the Taliban swept to power as the U.S. prepared to withdraw from Afghanistan at the end of August. The Taliban stunned the world by taking territory with surprising speed and little resistance from the U.S.-trained Afghan military. The western-backed government collapsed.

Five days later, Guterres received another communication with the letterhead “Islamic Emirate of Afghanistan, Ministry of Foreign Affairs,” signed by “Ameer Khan Muttaqi” as “Minister of Foreign Affairs,” requesting to participate in the U.N. gathering of world leaders.

Muttaqi said in the letter that former Afghan president Ashraf Ghani was “ousted” as of Aug. 15 and that countries across the world “no longer recognize him as president,” and therefore Isaczai no longer represents Afghanistan, Dujarric said.

In cases of disputes over seats at the United Nations, the General Assembly’s nine-member Credentials Committee must meet to make a decision. Both letters have been sent to the committee, Dujarric said.

“No meeting of the credentials committee has been scheduled so far,” U.N. deputy spokesman Farhan Haq said.

Afghanistan is scheduled to give the last speech on the final day of the high-level meeting on Sept. 27.