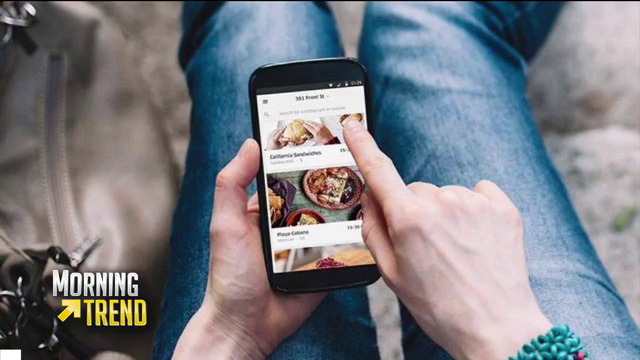 Uber’s CEO is known for battling with critics and local governments, but a video of an argument with one of his own drivers has him pledging to change his ways.

In the dashcam video obtained by Bloomberg News, CEO Travis Kalanick is seen discussing Uber’s business model with driver Fawzi Kamel. The driver argues that Kalanick is lowering fares and claims he lost $97,000 because of it. “I’m bankrupt because of you.”

Kalanick lashes back. “You know what? Some people don’t like to take responsibility for their own s—. They blame everything in their life on somebody else. Good luck,” he says, then slams the door.

After the video went public, Kalanick issued a statement to Uber employees. In it, he apologized to Kamel, as well as Uber’s drivers.

“This is the first time I’ve been willing to admit that I need leadership help and I intend to get it,” he said, adding that he needs to “grow up.”

The outburst, reportedly from early in February, is the latest in a string of problems for Kalanick and his company, which has become a global ride-hailing giant largely by challenging laws and authorities. Among the issues: charges of sexual harassment from a former employee, allegations it stole self-driving technology from Google, and a controversy tied to President Donald Trump’s travel ban.

The string of bad publicity has to have drivers and riders rethinking whether they want to drive for Uber or switch to a competitor, said Daniel Korschun, an associate professor of marketing at Drexel University.

Drivers, he said, already had a rocky relationship with the company over pricing and whether they are considered employees or contractors. Riders concerns were evident in the “Delete Uber” campaign on social media after Uber charged less than it could have when taxi drivers at New York’s JFK Airport halted service for an hour in protest of President Trump’s immigration policy. The move was perceived by some as an effort to profit off the protests.

“It’s another in the drumbeat of events that’s been happening now over the past few weeks,” Korschun said. “It’s very hard to see a scenario under which they don’t lose ridership and driver loyalty over this.”

Last week, a former engineer leveled sexual harassment charges against Uber, charging that her prospects at Uber evaporated after she complained about sexual advances from her boss. In an online post about her year at Uber, Susan Fowler said the company’s human resources department ignored her complaints because her boss was a high performer.

On Tuesday, a top engineering executive, Amit Singhal, left Uber five weeks after his hire was announced. According to a report in the tech blog Recode, Singhal failed to disclose that he’d left his previous job at Google because of a sexual harassment allegation.

Also last month, Kalanick resigned from President Trump’s business advisory council after the Twitter campaign to delete the Uber app. The San Francisco company also has tangled with authorities in California and around the world about driver background checks and whether drivers are contractors ineligible for employee benefits.