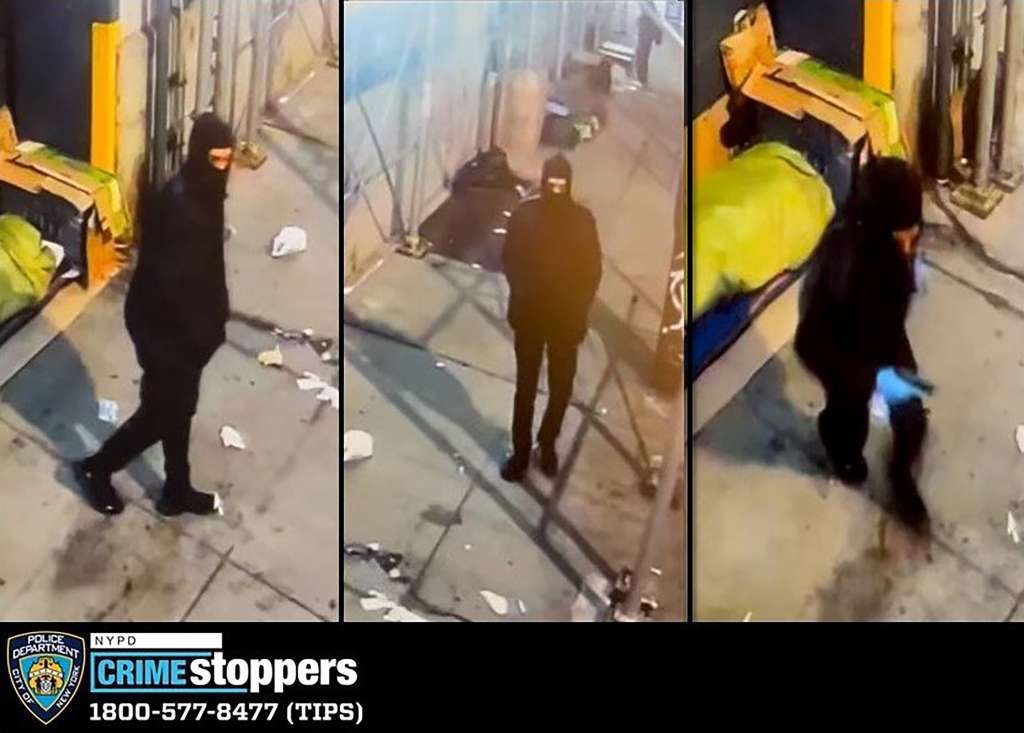 (CNN) — Police are offering a $10,000 reward after an armed suspect opened fire Saturday on two apparently homeless people who were sleeping on the streets of New York City, killing one and wounding the other.

The shootings happened about 90 minutes apart in Lower Manhattan and were caught on surveillance footage, the New York Police Department said.

Video of the first shooting shows a man who appeared to be homeless sleeping near the corner of King Street and Varick when an unknown suspect approached and shot him in his forearm, NYPD Deputy Chief Commanding Officer Henry Sautner said during a news conference. The man woke up and shouted, “What are you doing?” at the shooter, who then ran away, Sautner added.

Police were called to the scene around 4:30 a.m. and the 38-year-old victim was taken to a hospital for treatment.

A second shooting involving a person who was apparently homeless happened around 6:00 a.m. outside of 148 Lafayette Street, police said. Officers found the man in a sleeping bag with gunshot wounds to his head and neck, and he was pronounced dead at the scene, Sautner said.

Video surveillance of this shooting shows a suspect approaching the sleeping victim and firing his weapon, police said.

New York City Mayor Eric Adams called surveillance videos “chilling” and “horrific,” and said the shootings were “an intentional act of taking a life of someone that appears because he was homeless.”

“Watching the video, watching an individual intentionally walk up to innocent people that are dealing with the challenges of homelessness,” Adams said. “It is quite possible that one of our citizens is still alive merely because he woke up.”

The NYPD released images of the suspect from the surveillance footage and is asking the public to come forward with information.

The shootings come as the NYPD grapples with upticks across every major crime category in the city. Major crimes spiked nearly 60% in February compared to the same month in 2021, police data showed.

New York City also recorded a 41% increase in overall major crime through the first months of 2022 compared to the same period last year, including a nearly 54% increase in robberies, a 56% increase in grand larceny incidents and a 22% increase in rape reports, the data shows.

Murders increased by 10%, while citywide shooting incidents decreased by 1.3%, with 77 incidents in February 2021 and 76 incidents last month, NYPD data shows.

Those living on the streets in New York “are far more likely to be victims of violent crime than perpetrator,” the Coalition for the Homeless said in a statement Sunday.

City officials are working to get other homeless people into shelters, Adams said Sunday.

“We’re also mobilizing on the streets to notify our homeless to try and get them in shelters, those who want to do so,” Adams said. “Being homeless should not turn into a homicide and I want to catch this guy bad.”