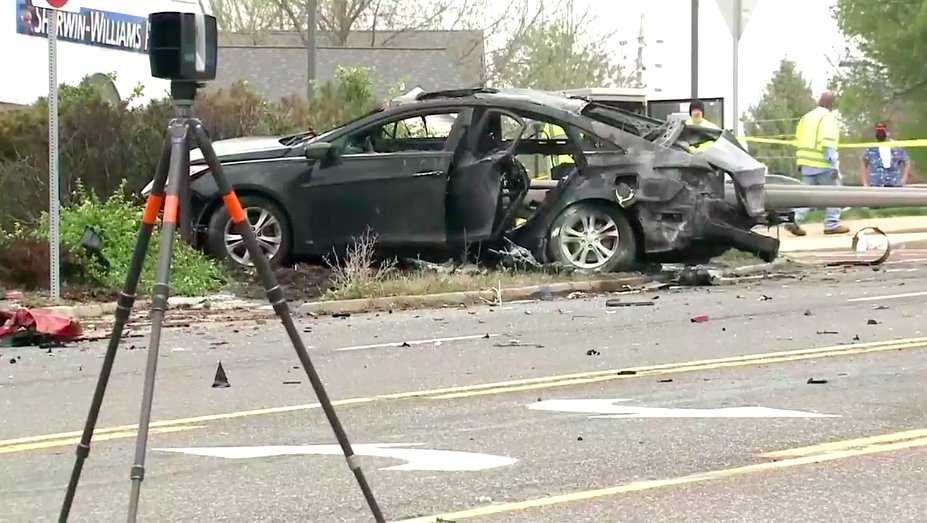 NORTH ST. LOUIS COUNTY, Missouri (KMOV) — A woman and her 2-year-old son were ejected after the Hyundai they were in was hit by a stolen car that was being chased by officers in North County Friday morning.

The accident happened around 8:50 a.m. Officers say they spotted a stolen red Dodge sedan at Riverview and I-270 that had been taken in a carjacking in St. Louis City Thursday night. The suspect then led officers on a chase and officers tried to put down spike strips to flatten the tires of the Dodge, but they failed.

Eventually, the Dodge hit a black Hyundai that was turning westbound onto Hudson Road from West Florissant. The Hyundai then hit a utility pole and burst into flames. A woman and her 2-year-old child inside the Hyundai were ejected. They suffered life-threatening injuries. The Dodge then hit a white Oldsmobile; the driver inside the Oldsmobile suffered minor injuries.

The suspect is in custody and was taken to a hospital, but police say he was not injured.

Police said because the vehicle was taken in a violent matter, it qualifies for a police pursuit. Officers found a gun in the suspect’s car.