‘Tis the season: Woman gets help from Tonka with brother’s special gift 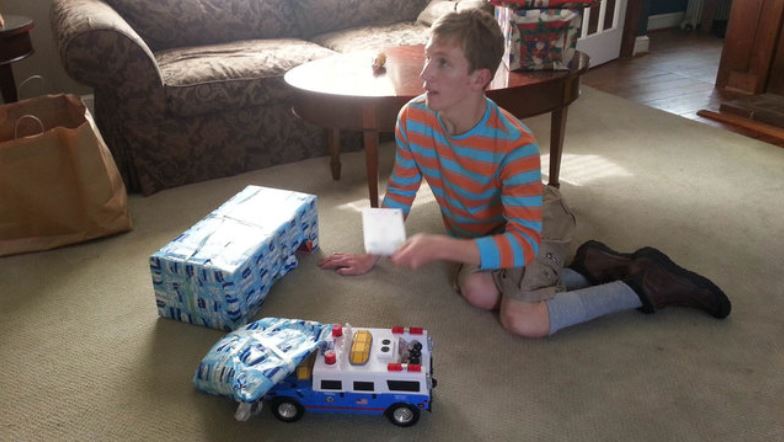 BALTIMORE (AP) — A toy company and strangers are pitching in to help a Maryland woman find a particularly important Christmas gift for her disabled brother.

Cassie Gretschel turned to Reddit recently for help tracking down a discontinued Tonka truck for her brother, Max, who lives in Baltimore.

Max Gretschel, 25, has cerebral palsy and severe scoliosis, and Cassie Gretschel wrote that the truck, made in 2000 and modeled after a blue police Hummer, is “the only thing he wants for Christmas.”

Cassie Gretschel said in an interview with The Associated Press that the truck has a design that’s easy for her brother to use. He already has more than a dozen, but “they’re pretty much the only toy we’ve been able to find” for him, said Cassie Gretschel, who lives in Huntingtown, Maryland.

“He plays with them for hours daily, so a lot of them have broken down and been used for parts over the years,” she wrote in her post.

Gretschel, 29, said she’d had the most luck finding the truck through eBay alerts and was hoping someone with a spare truck might see her post and list it so she could buy it.

Gretschel, whose story was first reported by BuzzFeed , said she’s already received one truck and promises of others.

Tonka also took notice, writing on Facebook that employees are searching warehouse archives in the U.S. and China.

Manufacturer Funrise Toys, which couldn’t be reached by AP over the weekend, told Cassie Gretschel if they can’t find one, they’d try to recreate it or find one with similar features, she said.

“This story touches our hearts and we hope to make this special fan’s Christmas extra special!” the company wrote.