Thousands thought they were getting the Covid vaccine. They were injected with salt water instead 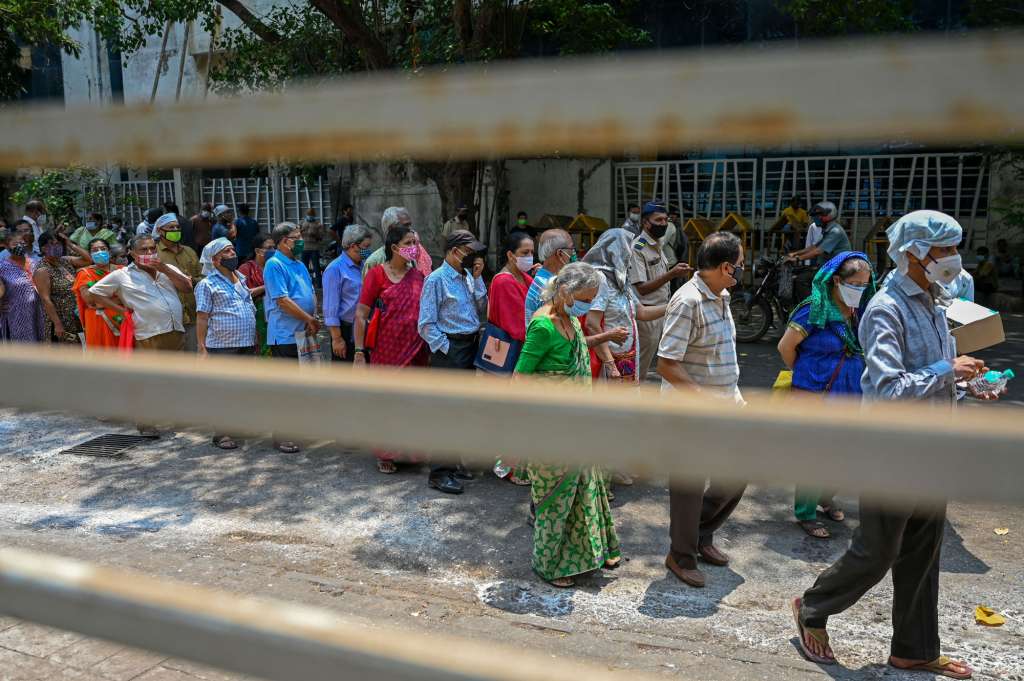 TOPSHOT - People queue up to get inoculated with a dose of Covishield vaccine against the Covid-19 coronavirus at a vaccination facility in Mumbai on May 4, 2021, as India's total Covid caseload soared past 20 million. (Photo by Punit PARANJPE / AFP) (Photo by PUNIT PARANJPE/AFP via Getty Images)

(CNN) — Thousands of people have fallen prey to an elaborate wide-ranging scam selling fake coronavirus vaccines in India, with doctors and medical workers among those arrested for their involvement, authorities say.

At least 12 fake vaccination drives were held in or near the financial hub Mumbai, in the country’s western Maharashtra state, said Vishal Thakur, a senior official of the Mumbai police department.

“They were using saline water and injecting it,” Thakur said. “Every fake vaccination camp that they held, they were doing this.”

An estimated 2,500 people were given fake shots, he said. The organizers charged their victims fees for the shots, earning up to $28,000 in total.

“We have arrested doctors,” he added. “They were using a hospital which was producing the fake certificates, vials, syringes.”

So far, 14 people have been arrested on suspicion of cheating, attempts at culpable homicide, criminal conspiracy, and other charges. More arrests may come as police continue investigating other people involved in the scam, Thakur said.

India was ravaged by a second wave of coronavirus between April and early June, which infected millions and killed tens of thousands nationwide. After peaking in May, daily cases have slowly declined, easing the pressure on the strained medical system — and allowing authorities to step up their vaccination program during the country’s recovery.

In June, Prime Minister Narendra Modi announced a centralized vaccine drive, in which a significant proportion of doses would be provided by the central government to states for free. Soon after, the country administered a record 8 million shots in a day — a “gladdening” sign of the program’s acceleration, said Modi. So far, more than 62 million people — about 4.5% of the country’s population — have been fully vaccinated, according to data by Johns Hopkins University.

The fake vaccination drives took place between late May and early June, according to CNN affiliate CNN-News18. Authorities began investigating after some of the scam victims, suspicious of the vaccination certificates they received, reported it to police.

One of the fake drives took place at a housing society — but “none of our members got any symptoms and also we had to pay in cash,” said one resident there, according to CNN-News18. “At that point of time, we doubted it.”

As police began investigating, others took legal action of their own. Siddharth Chandrashekhar, a lawyer in Mumbai, filed a public interest lawsuit on June 24 — by which point the public prosecutor had already confirmed more than 2,000 victims of the scams. The allegations are “really shocking,” said the Bombay High Court in the filing, urging state and local authorities to take action “so that innocent individuals are not duped in future.”