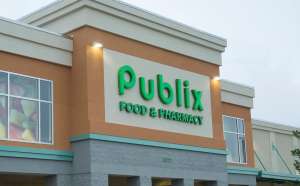 (CNN) — Hayley Arceneaux, a 29-year-old cancer survivor and physician assistant at St. Jude children’s hospital, got an out-of-the-blue question from her employer last month: Would she like to go to space?

“I remember laughing,” Arceneaux told CNN Business. “And then, I just said — ‘Yes! Yes, like, put my name down.'”

Arceneaux will be one of four crew members on Inspiration 4, the first spaceflight to take a group composed entirely of civilians — not professional astronauts — on a multi-day journey to orbit the Earth. It’s slated to take off in October 2021. Arceneaux will be joined by billionaire and Shift4 Payments CEO Jared Isaacman, who is funding the mission and plans to use the event to raise more than $200 million for St. Jude’s research.

Before last month, Arceneaux said she didn’t know who Isaacman was.

“I definitely did not expect this. I hadn’t even heard of the mission at that point because it was still a secret,” Arceneaux told CNN Business.

By accepting, Arceneaux is now slated to become the youngest American, the first pediatric cancer survivor, and the first-ever person with a prosthesis to journey into space, a landmark that she said she hopes will inspire people with disabilities who previously thought such grand adventures were off limits.

“Until this mission astronauts have had to be physically perfect and, and now things are changing,” Arceneaux told CNN Business. “It’s just incredible for the representation and getting to show cancer patients what’s possible.”

Arceneaux, whose femur was replaced with an internal prosthesis during her battle with cancer, said her orthopedic surgeon put all sorts of limits on her — no skiing, no sky diving, no jumping on a trampoline.

But, he told her, “You won’t have any limits in space.”

Arceneaux was 10 years old and on the verge of earning a black belt in Taekwondo when a knee ache led her to discover she had Osteosarcoma, a type of cancer that causes tumors to grow around developing bones. After being referred to St. Jude, she underwent a year of chemotherapy and surgery to save her leg, and, as is custom for St. Jude patients, was never given a bill for her treatment.

Despite the circumstances, Arceneaux described her time at St. Jude as one that “allowed me to be a kid.” She pulled pranks on her doctors with the other patients and put on dance performances, with an IV in tow.

“I can credit St. Jude for that because of the incredibly inspiring place that it was, and the staff that treated me like family,” Arceneaux said. That’s why, Arceneaux said, she became an ambassador for the hospital and, years after fully recovering from her cancer, she studied to become a physician assistant with the hope of joining the hospital’s staff. She now works with leukemia and lymphoma patients.

Though she said she fell in love with space during a trip to a NASA center on a family vacation pre-cancer, and she has two siblings that work in aerospace, she didn’t have any personal space-faring aspirations before the Inspiration 4 opportunity came along. She was more focused on Earthly travels, taking time away from work to visit places including Nicaragua, Spain, Italy, the Netherlands, Morocco, New Zealand, Switzerland, Mexico with the goal of one day visiting all seven continents.

Her spaceflight plans will put a hold on finishing that goal, but she said it was an opportunity she could not pass up.

“I was able to give St. Jude the definite yes just within about an hour,” she said. “They came back and they kept telling me I should sleep on it and I was like, ‘I’m not sleeping on it! Like, just put my name down. I’m going.'”

Isaacman, the Shift 4 CEO, said he wanted the Inspiration 4 mission to put a spotlight on charity -— and St. Jude specifically — because a lot has gone right for the billionaire in his life, he said during a press call earlier this month. He donated the first $100 million for the St. Jude fundraiser, and he pledged to give the three additional seats on the mission to a diverse crew of people who could inspire space lovers with dreams of extraterrestrial adventures.

Several wealthy thrill-seekers have flown to space after arranging to ride alongside astronauts during trips to the International Space Station in the early 2000s. But never before has an all-citizen crew flown to space, though several companies have announced plans to organize such a trip, including other promises from SpaceX that have yet to come to fruition. The company has pledged to take Japanese billionaire Yusaku Maezawa and a group of artists on a trip around the moon by 2023, for example, aboard a vehicle called Starship, which is still in the early stages of development.

The Inspiration 4 mission, however, will make use of a SpaceX Crew Dragon capsule, the vehicle designed to ferry NASA astronauts to and from the International Space Station that made its first crewed flights last year. Though the vehicle is designed primarily for NASA’s use, Crew Dragon is still privately owned by SpaceX, allowing the company to sell seats aboard to space tourists, private researchers and anyone willing to pay the roughly $50 million price of a seat. Isaacman, who is paying for all four seats on Inspiration 4, has not said how much he paid for the mission.

Isaacman and Arceneaux’s mission is the first civilian trip on SpaceX’s schedule.The pair will be joined by two other crewmates who have yet to be announced, both of whom will be selected from online contests: One will be an entrepreneur who uses Isaacman’s Shift4 payment platform, and the other will be a person who donates to the mission’s St. Jude fundraiser.

The Crew Dragon capsule, which measures about 13 feet in diameter, will be home to the four crew members during their multi-day flight to space where the relative strangers will live in close proximity as they fly through orbit at more than 17,000 miles per hour. They’ll wear the same spacesuits that SpaceX designed for NASA astronauts, and they’ll undergo much of the training professionals undergo in the months leading up to the mission.

Arceneaux said her training will begin shortly, kicking off with a trip in a centrifuge — a large device that spins rapidly to get astronauts acquainted with the intense G-forces involved with launching atop one of SpaceX’s rockets.

The journey will be arduous, and, as with any spaceflight, it will involve life-threatening risks. But Arceneaux said her family, including her brother and sister, who are both aerospace engineers, have been very supportive.

“I was talking about sleeping sitting up, and my brother was like, ‘There’s no up in space!'” Arceneaux laughed. “So they’ve had a lot of fun getting to teach me about their world.”

During the Inspiration 4 mission, the crew will be conducting some scientific experiments as they float through microgravity, Arceneaux said. But she’s most looking forward to a video call she has scheduled with St. Jude patients back on the ground.

“We’re going to be able to talk to them from space and to show them our views and… hopefully this will bring them a lot of joy and inspire them,” Arceneaux said.