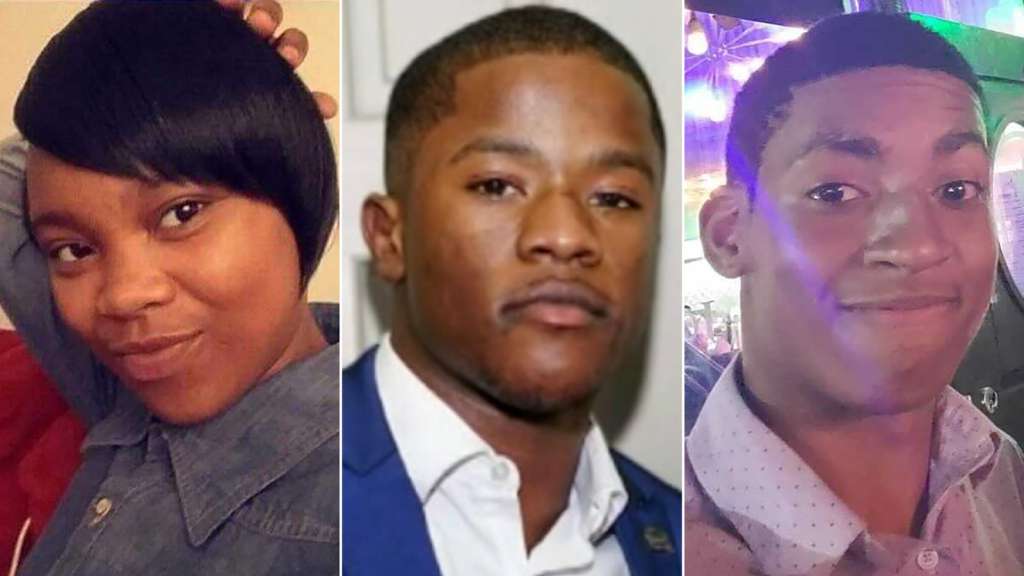 (CNN) — David Robinson has been in Arizona for the last three months searching for his 24-year-old son, Daniel Robinson, who went missing after leaving a worksite in the desert in his Jeep Renegade on June 23.

Robinson, who lives in South Carolina, hired an independent investigator and assembled a volunteer search team when he says he felt the police weren’t making progress in the investigation. He also says he failed to get the amount of media coverage he believed the case needed. The case was reported by the local media as early as July 9.

Robinson said he sympathizes with the family of Gabby Petito, whose remains were recovered Sunday after she disappeared while exploring parks in Wyoming prompting a highly publicized search.

Still, Robinson said it’s “hurtful” to see a young White woman’s case met with more urgency and national attention than his son, who is Black.

“You wish you lived in a world where everything was equal but it’s really not equal,” Robinson told CNN.

Robinson is among the Black and brown families whose loved ones remain missing and say they have struggled to get fair attention on their cases. Some say they have grown frustrated with watching the search for missing White women like Petito be in the spotlight, while police appear to allow their cases to go cold or classify their loved one as a “runaway.”

Similar feelings have been expressed by the families of missing or murdered Native American people.

The issue has for years prompted people of color to take matters into their own hands, holding rallies, launching independent probes and seeking help from community advocates and lawmakers to get their cases in the public eye.

Some experts say the nation faces “Missing White Women Syndrome,” which is defined by the heavier media attention White women and girls receive when they go missing compared to anyone outside of those demographics, according to a study published by the Northwestern University School of Law in 2016. The study points out that missing Black people are less likely to garner media attention at the outset than other groups and when they do make the news and they receive a lower intensity of coverage.

Zach Sommers, a criminologist and author of the Northwestern study, told CNN that bias and systemic racism play a role in Missing White Women Syndrome — a term he said was coined by the late TV news anchor Gwen Ifill.

“As a culture we are readily willing to accept stories about White folks as victims as something we should care about,” he said. “When we see a White person who has gone missing, we say that could be my daughter, neighbor or cousin or friend… and they identify with that person and are more likely to read the story than we would if it were a person of color.”

A father has lost his faith in police

David Robinson, who described his son as an outspoken geologist who loves the outdoors and has a lot of friends, said he believes that if Daniel were White, police would be working harder to find him.

“It bothers me and it upsets me that my son being missing is not important, it’s not urgent and hasn’t gotten much attention,” he said. “I’ve lost faith in the Buckeye police department.”

Daniel’s car was discovered by a rancher on July 19 about three miles away from the work site where he was last seen, Robinson said. The vehicle had suffered crash damage and a pile of his clothing and belongings was discovered nearby.

Buckeye police assistant chief Bob Sanders told CNN that his officers have “covered all of our bases” in the search for Daniel Robinson.

Sanders said the department has followed up on every lead, interviewed co-workers, friends and relatives, and reviewed all evidence. As of Wednesday, no foul play is suspected in Daniel Robinson’s disappearance, Sanders said, but the investigation is ongoing.

“Daniel is a member of our community and we are committed to finding him,” Sanders said. “We relate to him (David Robinson) as a father and we are trying to give him closure one way or the other.”

‘There has not been the drive to find Jelani’

Other Black families say they are also angered by how police have handled their cases. Some have gained more attention on social media in light of Petito’s case.

On Thursday the body of missing graduate student Jelani Day was identified a month after he went missing.

The coroner of LaSalle County, Illinois, confirmed Day’s identity through forensic dental identification and DNA testing and comparison, the office said in a news release shared by the Bloomington Police Department. The cause of death remains unknown, the release said, pending further investigation.

Day, a 25-year-old graduate student at Illinois State University whose mother said he aspired to become a speech pathologist, was reported missing on August 25 in Bloomington, Illinois.

His mother Carmen Bolden Day has spoken out in recent days, pleading for answers and more help finding Jelani.

“The Bloomington Police Department, I have been in frequent contact with them,” Day told HLN. “However, there has been no urgency. There has not been the drive to find Jelani.”

Toni Jacobs said her daughter Keeshae Jacobs has been missing since Sept. 26, 2016 when she left the family’s apartment in Richmond, Virginia. Jacobs said Keeshae, now 26, said she was going to spend the night with a friend but never returned home the next day.

Jacobs said police initially suggested Keeshae was ignoring her mother’s calls and likely wasn’t missing. However, 14 months after Keeshae went missing, police said they suspected foul play was a factor in her disappearance.

Jacobs said it’s unfair that Keeshae, who was only a year younger than Gabby Petito when she vanished, did not receive the same intense search effort and publicity as Petito.

“My heart goes out to everybody that’s missing, I don’t want any parent to go through what I’ve gone through,” Jacobs told CNN.

“But at the same time it does frustrate me because Keeshae didn’t get that attention. What made the FBI think her case was more important than Keeshae’s?”

‘Cases are just not taken seriously’

The years long disparity prompted Derrica Wilson to launch Black and Missing Foundation, Inc. in 2008 to help raise awareness for missing people of color. Wilson, a former law enforcement officer, said too often police label missing Black people, including children, as runaways or suggest they were involved in criminal activity. And with most police agencies allocating minimal resources to missing persons units, people of color are more likely to fall through the cracks, Wilson said. Some of those same families have sought national and local news coverage to no avail, she said.

Wilson said her organization is hoping to combat the issue — which she insists is the result of systemic racism — by sharing and promoting the stories of Black and brown families with missing loved ones through the media.

“We look at it and we say ‘why not us?'” Wilson said. “Our families, our communities are desperate to find their missing loved ones and sadly their cases are just not taken seriously.”

Lawmakers have also made efforts to address the issue.

Richardson said the group will be tasked with making recommendations for improving how the state handles cases of missing Black women and girls. She pointed to the story of 18-year-old Brittany Clardy who went missing in St. Paul in 2013 and police suggested to the family that she’d run away with her boyfriend. Clardy’s family launched their own investigation and started to get leads, Richardson said. Clark’s body was later found in the trunk of her car. Alberton Palmer was sentenced to 40 years in prison for her death.

Richardson said she wants to see police give these cases fairer treatment, figure out a trajectory for the stories to make the news and create a state level office for missing and murdered Black women and girls.

“What we tend to see is when Black women and girls go missing, they are much more likely to be identified as runaways and then you don’t get the same level of law enforcement engagement, support and you don’t get Amber Alerts,” Richardson said. “So there are lots of things within our systems that have been set up in ways that are really failing these families and these Black women and girls when they go missing.”