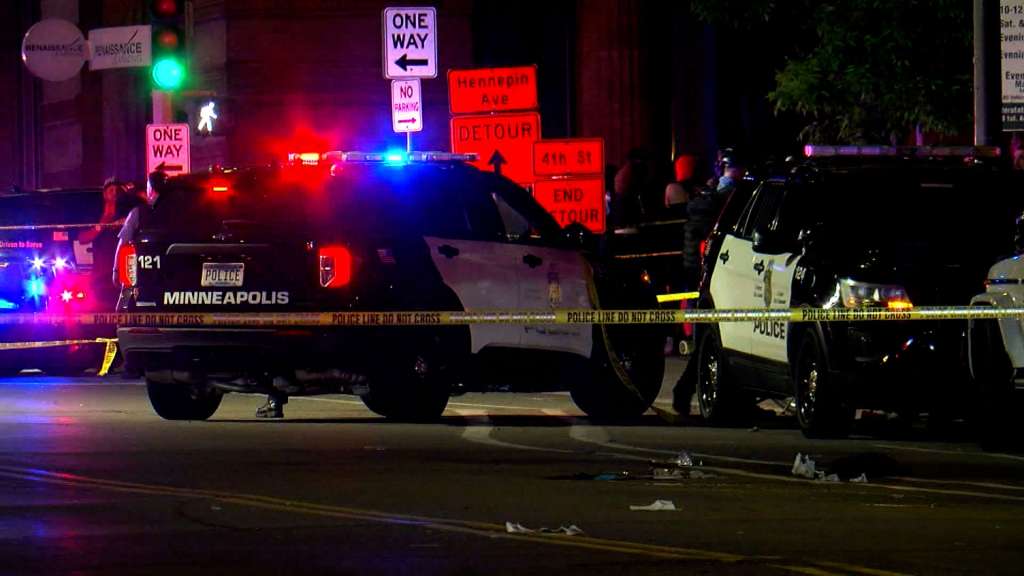 (CNN) — A series of mass shootings over the weekend left at least 11 people dead and another 69 injured.

There were at least 12 mass shootings between Friday night and Sunday, according to CNN reporting and an analysis of data from the Gun Violence Archive (GVA), local media and police reports.

CNN defines a mass shooting as an incident with four or more people killed or wounded by gunfire — excluding the shooter.

Here’s a look at the shootings that took place over the weekend.

Chicago Police are investigating a shooting that left four men injured Sunday afternoon in the city’s West Side.

The men, ages 20 to 41, were “near the outside of a residence when they heard shots and felt pain,” an incident report from the police department’s website said.

Three of the men are in good condition while the fourth, who is 41, was struck multiple times and is in critical condition, according to the report.

Detectives are investigating the shooting and no suspects are in custody, the report said.

Police responded to a celebration event at a theater shortly after 1 a.m. Sunday morning, according to a Park Forest Police Department news release. The initial investigation into the shooting indicates a physical altercation took place inside the business and the shooting took place shortly after.

Officers responded to the scene and paramedics took three injured adults to a local hospital. A fourth injured adult took themselves to the hospital, the release said.

Two of the four shot sustained serious injuries, according to the release, but none of the injuries are life threatening.

Police believe there was more than one firearm involved in the shooting. The investigation is active and police do not have a suspect, the release said.

Three people were killed and at least three others were injured in a shooting at an Ohio bar early Sunday morning, according to the Youngstown Police Department.

Officers were called to the Torch Club Bar & Grille in Youngstown shortly after 2 a.m. after reports of a shooting, police said.

Victims were taken to St. Elizabeth Youngstown Hospital. Police did not know the conditions of the victims.

No details were released on any possible suspects, and the motive was not immediately clear.

One person is dead and three were injured in an early morning shooting at an apartment complex in Fort Wayne, Indiana, according to city police.

There appears to have been some sort of disturbance between multiple shooters in the parking lot of the complex, police said. The shooting victims were hit by stray bullets from the activity in the parking lot.

All victims were taken to nearby hospitals and one victim was later pronounced dead, police said. One person remains in life-threatening condition and the conditions of the two others are not life-threatening, according to police.

Authorities did not release the identities of the victims.

Police officers in Norfolk responded to a shooting early Sunday morning, according to a tweet from the agency.

Four adults were taken to the hospital with gunshot wounds. The wounds were non-life threatening, Norfolk Police said.

Investigators are asking anyone with information to submit a tip or call.

Five people were injured in a shooting at a large gathering in Paterson, New Jersey, early Sunday morning, according to a statement from Passaic County Prosecutor Camelia M. Valdes and Paterson Police Chief Ibrahim Baycora.

Police found three people injured after responding to a report of shots fired. Two other people who were involved in the same shooting also sought treatment at a local hospital, the statement said.

A 26-year-old man is in critical condition and the other victims sustained non-fatal gunshot wounds, according to the statement.

The Passaic County Prosecutor’s Office asks anyone with additional information about the shooting to reach out.

A 16-year-old girl was killed and five others were injured in a shooting late Saturday night at Bicentennial Park in Columbus, Ohio, police said.

Officers responded to reports of a shooting shortly before midnight and found “numerous victims,” according to a police report shared on Twitter by Columbus Police.

One victim, the 16-year-old girl, was taken to a local hospital where she died shortly after 1 a.m., police said.

Five others were also taken to local hospitals, police said. They are all are expected to survive.

A house party in Cumberland County, New Jersey, packed with hundreds of guests devolved into chaos when gunfire erupted, killing at least two people and wounding a dozen more.

A man and a woman were killed in the shooting, police said, and at least 12 more people were shot in the melee on East Commerce Street in Fairfield Township around 11:50 p.m. Saturday.

Cooper University Hospital in Camden said it received six victims from a shooting at a home in Cumberland County.

It’s not clear how many victims in total were taken from the scene to area hospitals.

No arrests have been made as of Sunday, according to a New Jersey State Police Facebook post.

A shooting at an unauthorized concert in North Charleston, South Carolina, late Saturday night left a 14-year-old dead and 13 others wounded, police said.

The victims were treated and taken to local hospitals. Several additional victims were located at area hospitals after being transported by others.

Deckard said a fight broke out near the concert stage prior to the shooting. Police had no information about a possible suspect or suspects.

Child among 4 injured at sports complex in Texas

A 5-year-old boy was one of four people injured in a shooting at a Texas sports complex in San Angelo Saturday, San Angelo Police Department spokesperson Tracy Piatt-Fox told CNN.

The three adults and child were treated for minor injures, she said.

A suspect was taken into custody and an investigation is ongoing.

San Angelo is about 200 miles west of Waco.

There were at least nine gunshot victims, including one man who died, after a shooting in downtown Minneapolis early Saturday morning, police said.

Two people were standing in a crowded area on North First Avenue when they argued, pulled out guns and began shooting at each other, according to police.

Officers working “evening bar close” heard the gunshots and ran toward the gunfire, police said. They arrived at an “exceptionally chaotic scene” where two men had already died from their injuries.

Police believe the second shooter was among those killed.

The names of the victims as well as the nature and cause of death will be released by the medical examiner in the coming days, police said in a statement.

The deceased men were identified as Randolph Black Jr., 25, and Jason Crutcher, 26, the statement said.

Suarez’s statement said three other men, aged 25 to 35, and a 20-year-old woman were also injured in the shooting. They are all in stable condition.

The prosecutor’s homicide unit and the Jersey City Police Department are investigating the shooting and ask anyone with information to contact them.