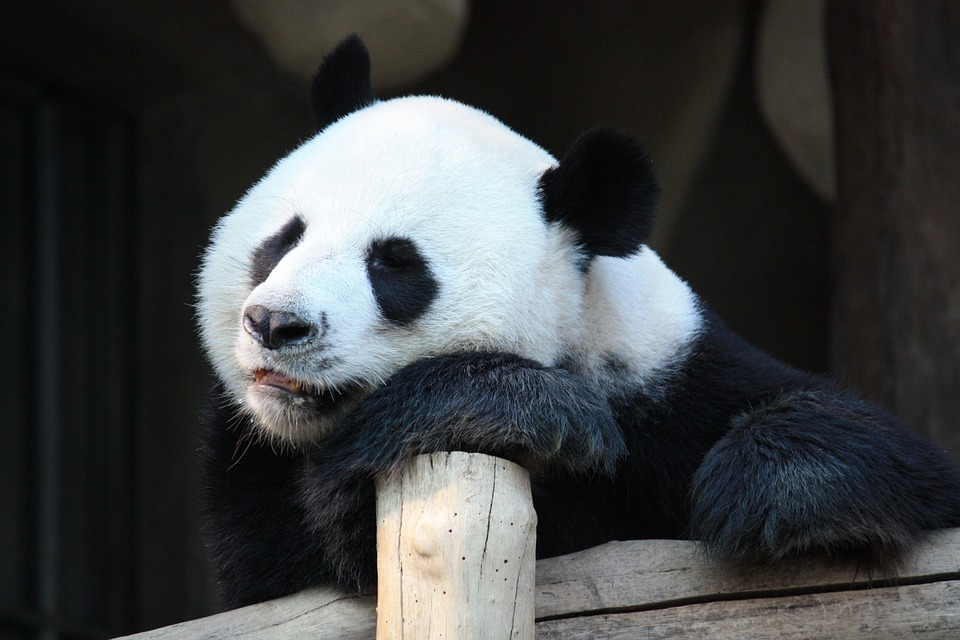 WASHINGTON (AP) — A brand new giant panda cub is sparking pandemic-fueled panda-mania, and officials at the National Zoo said traffic on their livestream spiked 1,200 percent over the past week.

“I’m pretty sure we broke the Internet last night,” said National Zoo Director Steve Monfort. The zoo’s ever-popular Panda Cam traffic has been crashing since venerable matriarch Mei Xiang’s pregnancy was announced this week. When she actually gave birth Friday evening, zoo officials said they had a hard time getting into their own livestream, and they’re now working to boost their capabilities.

“Everybody is getting bumped off,” said Deputy Director Brandie Smith, a former curator of the zoo’s giant pandas, who has overseen multiple births here. “When we have a giant panda baby, the whole world celebrates.”

On camera, the actual moment of birth at around 6:35 p.m. is obscured, but the results become immediately obvious from the new cub’s robust squealing. The massive mother immediately picks up and cradles the infant, which officials say is the size of a stick of butter.

“We can tell the cub is doing well from its vocalizations and the mother’s behavior,” Smith said. Zoo staff remain ready to intervene if something seems wrong, but Smith said Mei Xiang, who has reared three cubs to adulthood, “knows exactly what she is doing.”

For now, zoo staff are letting the new pair share some private time. Mei Xiang will remain with her baby (gender still unknown) in a small indoor enclosure where she has built a modest nest. For about a week, the new mother will not leave the baby’s side even to eat or drink. The cub, who will not be named for its first hundred days in accordance with tradition, will remain in the den for its first few months of life. For now it is pink and hairless; the distinctive black and white fur markings come later.

Meanwhile father Tian Tian seems blissfully oblivious, rolling around his outdoor enclosure Saturday morning. Giant pandas are almost entirely solitary, and in the wild it would be normal for Tian Tian to never meet his offspring.

“There’s no real role for the male to play in the baby’s care,” Monfort said. “He’s probably more interested in what’s for breakfast this morning.”

Mei Xiang, was artificially inseminated in the spring shortly after the entire zoo shut down on March 14 due to the COVID-19 pandemic. Normally they would have used a combination of frozen sperm and fresh semen extracted from Tian Tian. But in order to minimize the number of close-quarters medical procedures, zoo officials used only frozen semen.

It was the first successful procedure of its kind in the U.S. using only frozen sperm and Mei Xiang, at 22, is the oldest giant panda to successfully give birth in the United States. The oldest in the world gave birth in China at age 23.

Mei Xiang has three surviving offspring, Tai Shan, Bao Bao and Bei Bei, that were transported to China at age 4 under an agreement with the Chinese government.

With the indoor section of the panda house closed due to COVID-19 restrictions, the panda cam is really the only way to view the newborn. The zoo reopened on a limited basis July 24 with visitors needing timed passes to keep the crowds down.

For now, zoo officials are directing panda-maniacs to the live cam, and are expecting unprecedented interest from a global population sheltering under pandemic restrictions and desperate for a bit of good news.

“Something like this is kind of a miracle for us,” Monfort said. “It lifts the spirits and of my team and the whole world.”

“Conservation only happens when people care, and people really care about giant pandas” she said.