The US marks a vaccine milestone, but one expert warns that the coronavirus Delta variant has a worrying impact on patients 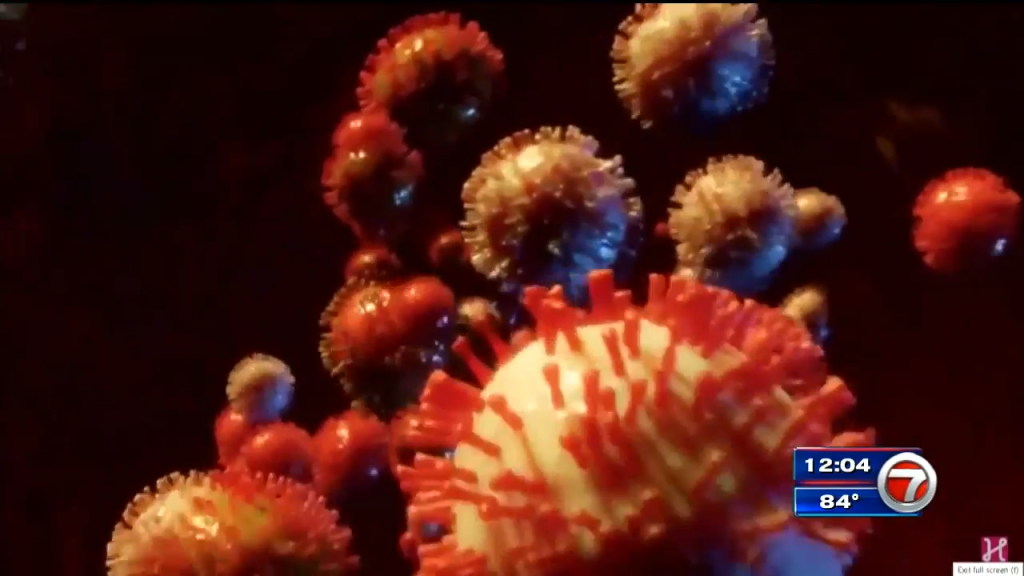 Overall, Covid-19 cases, hospitalizations and deaths in the US have declined significantly in recent months.

But virus variants, particularly the Delta variant, have been a top concern for many experts when it comes to those who remain unvaccinated against the coronavirus.

The Midwest and South lag in vaccination rates compared to coastal states, with Alabama, Louisiana, Mississippi, Tennessee and Wyoming among the slowest to vaccinate.

In Missouri, where 43.4% of the total population is at least partially vaccinated, the Delta variant is on the rise.

“We have seen a five-fold increase in hospitalized patients in less than four weeks. Our doctors are describing them as younger, sicker. They’re often coming to us later in the disease process so we have less therapy options for them,” Steve Edwards, the CEO of the CoxHealth, a system of hospitals and clinics based in Missouri, told CNN on Friday.

About four weeks ago, Edwards’ health system was seeing nearly one death per week, he said. Currently, however, he said one or two people are dying daily.

“We can’t tell why one patient is doing poorly and one is doing well. There’s just something different about how this variant is affecting the immune system of our patients,” Edwards said.

He added that doctors are also struggling with determining patients’ health trajectories compared to January.

Edwards explained that while the low vaccination rate in Southwest Missouri, where his hospitals operate, is a contributing factor to the rise in cases, the Delta variant is also playing a big role in the surge.

“I think the Delta variant is what’s fueling this,” he said. “Much of the South, Midwest, much of the places that have low vaccination rates — if confronted with the Delta variant, will see a similar kind of surge of patients as we’re beginning to see right now.”

As of Friday, 44.7% of the total US population has fully been fully vaccinated while 53.1% received at least one dose of a vaccine, according to data from the US Centers for Disease Control and Prevention.

The good news is that the virus is almost “rare” in parts of the Mid-Atlantic and Northeast, CNN medical analyst Dr. Jonathan Reiner said.

“But in other parts of the country, like Missouri, it’s not that way at all,” Reiner said. “We have to really pick up the pace in the South, or we’re going to see a lot of people die who just simply don’t need to die.”

There are other variants, too

The dangers of the Delta variant cannot be overstated.

The CDC began calling it a variant of concern last week because of its ability to transmit more easily or cause more severe disease. Federal health officials have also predicted that it may become the dominant strain in the US.

But other variants have emerged in parts of the US.

One of them is the Gamma variant, also known as P.1, which spread fast to dominate in Brazil.

Gamma, which the CDC has also classified as a variant of concern, has been detected in every state where the CDC has variant information. The most recent tracking data shows that Gamma’s prevalence is greater than 15% in multiple regions, including the West and Northeast.

“I am very concerned about the P.1,” said Dr. Scott Lindquist, the state epidemiologist for communicable diseases in Washington state.

“We’ve seen it across the state of course, but we’re seeing it in some outbreaks in Eastern Washington, we’re seeing it in counties with low vaccination rates, and I’m very concerned the role that this P.1 is going to take. It has increased its percentage in this state.”

So far, none of the most common variants show much ability to evade the effects of full vaccination. But several have shown the ability, both in laboratories and in real life, to re-infect people who recovered from natural coronavirus infection and to infect people who have been only partially vaccinated.

Fully vaccinated people had a strong and broad immune response that should take care of the variants, vaccine experts have agreed.

The Gamma variant has become common in Rhode Island, where it comprises 20% of all variants, according to Dr. Philip Chan, consultant medical director with the state’s Department of Health.

Meanwhile, the US Department of Health and Human Services halted the distribution of two monoclonal antibody treatments from Eli Lilly in nine states, citing reduced effectiveness against both the Gamma and Delta variants. Those states are Rhode Island, Arizona, California, Florida, Illinois, Indiana, Massachusetts, Oregon and Washington.

According to the CDC, the Gamma variant exhibits “significantly reduced susceptibility” to the Lilly treatment and reduced neutralization from post-infection and post-vaccine immunity.

“If you’re not vaccinated or if you’ve only got a single dose of vaccine, you have vulnerability,” said Hotez, the dean of the National School of Tropical Medicine at Baylor College of Medicine.

Covid-19’s potential effects on the brain

A United Kingdom study found that some people who have been infected with Covid-19 experienced loss of gray matter in the brain, especially in areas affecting smell and taste.

The researchers, who are from the University of Oxford and the Imperial College, compared brain scans of 782 people who have been volunteering as part of a larger study and who had MRIs three years apart — before and after the pandemic.

Those who had Covid-19 had evidence of a loss of brain cells compared to similar people who had not been infected, the study found.

It’s not yet clear what the findings mean because the researchers didn’t provide details about the subjects. The study has not peer-reviewed, and it’s a pre-print posted online.

The researchers noted that it was hard to tease out whether the impact on smell and taste were a symptom of the virus’ infection or because of the potential pathway of infection.