The Bootleg Fire in Oregon is so large, it’s creating its own weather 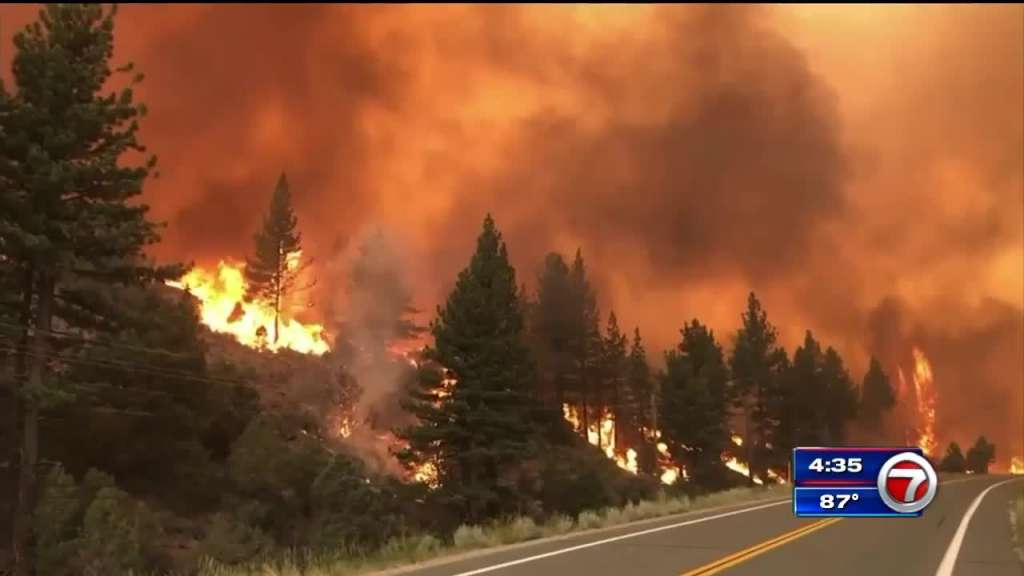 (CNN) — As hot, dry weather conditions continue to fuel wildfires across much of the United States, the Bootleg Fire in Oregon has become so intense that it’s creating its own weather.

The fire has scorched more than 606 square miles — an area larger than Los Angeles and about half the size of Rhode Island. It grew to more than 388,350 acres overnight from Monday to Tuesday and is 30% contained, according to data from the InciWeb interagency website.

It’s one of at least eight large fires burning in Oregon and one of at least 83 burning across 13 states, according to the National Interagency Fire Center. The climate crisis has made deadlier and more destructive wildfires the new normal.

“There’s absolutely no question that climate change is playing out before our eyes,” Gov. Kate Brown said at a news conference. “We saw the heat dome event a few weeks ago. We, unfortunately, lost a lot of Oregonians through that event. In February we saw devastating ice storms. Over half a million people lost power last fall, as you are well aware. We had unprecedented wildfires.”

Much of the West remains under the threat of fire conditions Tuesday, with more than 3.5 million people under red flag warnings, according to a tweet from the National Weather Service Weather Prediction Center. A red flag warning means “critical fire weather conditions are either occurring now or will shortly,” the prediction center said.

Excessive heat warnings will continue for more than 337,000 people, and nearly 650,000 more are under a heat advisory.

Temperatures in the region will remain up to 10 degrees above normal over the next 48 hours, CNN meteorologist Michael Guy said. There’s also a chance of dry storms, which lack the precipitation that is desperately needed to help calm the flames.

While some sporadic rain is possible across the Intermountain West, “this is not really going to do much in the way of fighting any of the wildfires out West,” Guy said.

“Some rain may fall from afternoon storms, but it will not be enough to stop or put out the fires that are ongoing,” he said.

The Bootleg Fire is changing the weather

Satellite images posted by the National Oceanic and Atmospheric Administration have shown smoke from the fires in western Canada and the Intermountain West billowing over the region.

Pyrocumulus clouds form when extreme heat from the flames of a wildfire force the air to rapidly rise, condensing and cooling any moisture on smoke particles produced by the fire. These clouds essentially become their own thunderstorms and can contain lightning and strong winds.

The fire is “so large and generating so much energy and extreme heat that it’s changing the weather,” Kauffman explained. “Normally, the weather predicts what the fire will do. In this case, the fire is predicting what the weather will do.”

The prolonged drought is also fueling the fire conditions, and Kauffman anticipated the massive blaze will continue to grow.

“The fire is burning … dense fuels that are extremely dry from a prolonged drought. Up until today, the weather has been consistently hot, dry with near single-digit humidity,” he said.

“The future for us for the remainder of the season continues to look above normal dry and above normal temperatures,” Grafe said. “So this is not going to return to normal anytime soon, so we’re facing a long, difficult fire season.”

State Fire Marshal Mariana Ruiz-Temple said the current fire season “historic in terms of the amount of resources we’ve deployed” and how many times they have deployed. She added, “We’ve mobilized to six conflagrations, and this is the earliest and most significant mobilization to date.”

The Bootleg Fire began July 6 in the Fremont-Winema National Forest near the California border and has spared little in its path. More than 2,000 people are currently evacuated from their homes, according to Fire Public Information Officer Sarah Gracey.

Sixty-seven homes have been destroyed, along with 117 minor structures, such as sheds or detached garages, Gracey said.

The fire has averaged a rate of spread nearly 1,100 acres per hour for more than 13 consecutive days — a rate that would burn through New York’s Central Park in only 45 minutes.

And there appears to be little hope for progress against the flames as wind gusts up to 25 mph are expected over the next couple of days, Guy said.

“Fighting this fire is a marathon, not a sprint,” Rob Allen, incident commander for PNW Incident Management Team 2, said in an update Tuesday. “We’re in this for as long as it takes to safely confine this monster.”