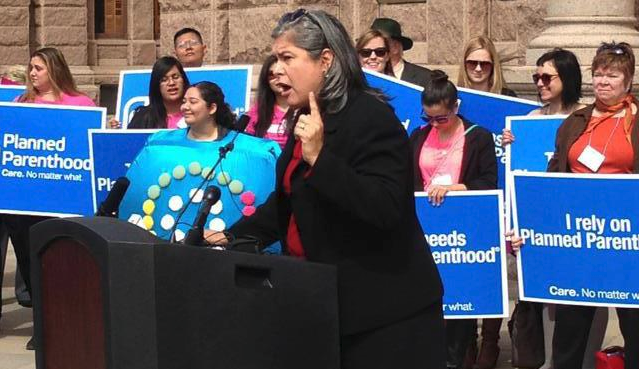 (WSVN) - She knows her proposed bill will never become law, but that hasn’t stopped a Texas state representative from introducing legislation aimed at men’s medical procedures.

Farrar calls the legislation “satirical” and says she knows it will never be approved, but that she hopes it fosters discussion about the “unnecessary and invasive” procedures she says Texas women are subjected to under state laws.

Farrar said that, if a man’s semen is not used for pregnancy, “then it’s a waste … because that semen can be used — and is to be used — for creating more human life.”

“Men have to answer for their actions and so forth,” she said. “So if there’s going to be an emission, it would have to be done in a hospital where the semen could be preserved for future pregnancies or it would be directly deposited into the vagina of a woman.”

As the Chair of the Women's Health Caucus, I will continue to fight for policies that positively impact parenting women and their families.

The bill is just the latest way Farrar has criticized the state’s women’s health bills. Known as an outspoken proponent of abortion rights, Farrar has fought against several bills introduced by colleagues, including one that would require Texas hospitals to bury or cremate fetal remains. She also spoke out against another bill introduced by fellow Rep. Tony Tinderholt, which aims to charge abortion providers and women receiving abortions with murder.

“I’m embarrassed for Representative Farrar,” Tinderholt told the Texas Tribune. “Her attempt to compare [HB 4260] to the abortion issue shows a lack of a basic understanding of human biology. I would recommend that she consider taking a high school biology class from a local public or charter school before filing another bill on the matter.”