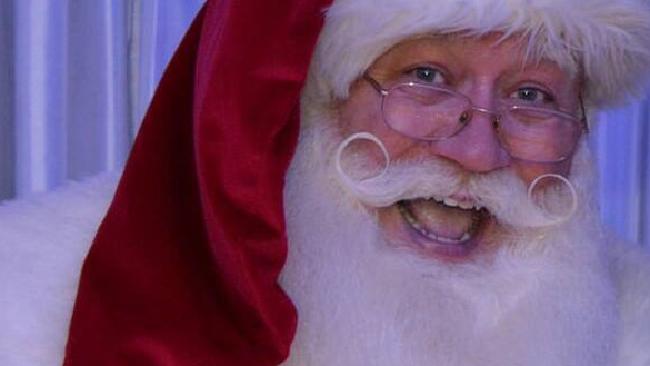 Eric Schmitt-Matzen said a nurse who worked in a pediatric intensive care unit called him, asking him to come quickly to visit the 5-year-old boy’s bedside.

“I told her, ‘Okay, just let me change into my outfit,” Schmitt-Matzen recalled. “She said, ‘There isn’t time for that. Your Santa suspenders are good enough. Come right now.'”

He arrived at the hospital minutes later, and met the child’s family. The boy’s mother handed him a present to give to her son.

“I sized up the situation and told everyone, ‘If you think you’re going to lose it, please leave the room. If I see you crying, I’ll break down and can’t do my job,'” he said.

The family watched from a hallway window as he entered the boy’s room.

Schmitt-Matzen said the boy was incredibly weak as he opened his present, but smiled when he saw the gift.

Schmitt-Matzen replied, “When you get there, you tell them you’re Santa’s number one elf, and I know they’ll let you in.”

He said the boy then hugged him and asked, “Santa, can you help me?”

“I wrapped my arms around him. Before I could say anything, he died right there. I let him stay, just kept hugging and holding onto him.”

As the family ran into the room, Schmitt-Matzen said he left sobbing.

“I ran by the nurse station bawling my head off,” he said. “I know nurses and doctors see things like that every day, but I don’t know how they can take it.”

He said he considered giving up being Santa entirely after the heartbreaking encounter, but seeing happy children at his next show changed his mind.

“It made me realize the role I have to play,” he said. “For them and for me.”