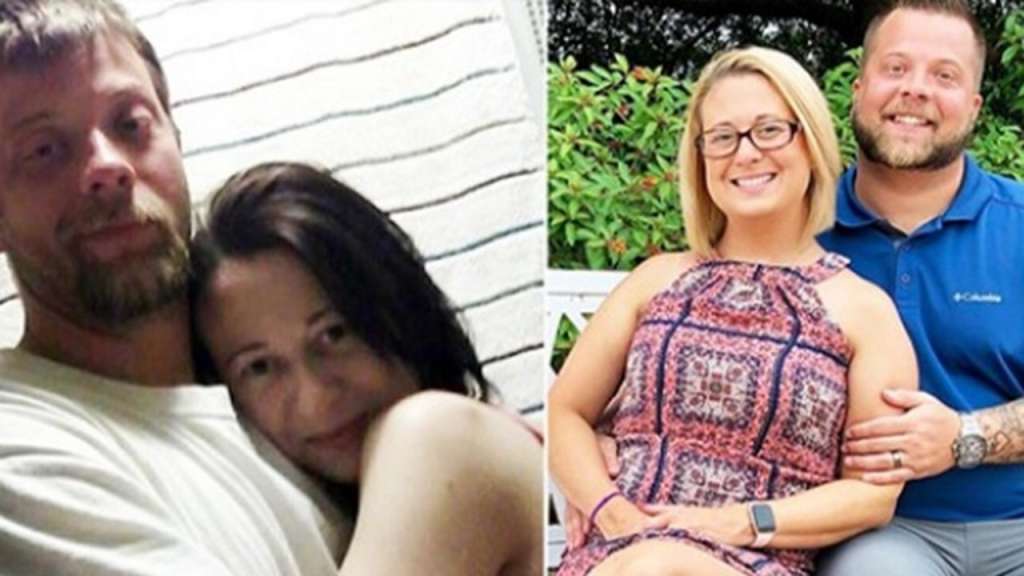 EAST CLEVELAND, Tenn. (WSVN) — A Tennessee couple’s inspirational story has gone viral after they posted an old photo showing them in the middle of their meth addiction next to a current photo of them sober.

Brent, 30, and Ashley Walker, 32, are celebrating almost three years of sobriety after they overcame their addiction to meth and other drugs.

Brent said his addiction began when he was just 9 years old with cigarettes. By the time he was 15, he was smoking marijuana and doing acid and ecstasy. He also said by this age, he began selling drugs as well.

Shortly before he was 18, he and his younger brother got an apartment where he continued to deal drugs. However, tragedy struck when his brother was killed while driving under the influence.

Brent said from that point, he started to get into harder drugs like crack, cocaine and meth.

“That’s when I tried meth for the first time and it just pushed me further into my addiction,” Brent told Inside Edition. “I didn’t know how to deal with it at the time. I was real young.”

Brent eventually met his now-wife Ashley while selling her weed, and the two began an on-again off again relationship.

“It was very exhausting,” Ashley told Inside Edition. “It was like you’re on a roller coaster. He would have his few days that he wouldn’t be on the drugs and we would be coming down, and he would be him. When he would get back with his old friends, he would be a totally different person.”

Over the years, Brent was charged with several felonies and spent time in and out of jail. However, he said that whenever he would make it out of jail, Ashley would be waiting for him.

Brent said that one day, while both he and Ashley were coming down from a high, he realized that he was ready to get clean. Ashley agreed, and the two vowed to stop using drugs and started a new sober life.

After 30 days of sobriety, the couple tied the knot on Jan. 31, 2017. The two eventually rebuilt their lives and celebrated other milestones, such as Brent getting his G.E.D. and Ashley getting her nursing license.

Brent also said he found God, a source he credits for giving him the strength needed to make his journey.

“I remember telling my friends that I will never live the sober life – it was so boring, I couldn’t see how people could live sober,” Brent told Inside Edition. “And now that I’ve seen it, I know 100% I would never use again.”

The couple told Inside Edition they are now working on their next goals, including fixing their credit score to get a down payment on a home, and regaining custody of the five children they have between them.

They also hope that their story can inspire others out there.