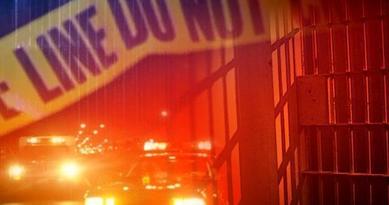 LONDON (AP) — A teenager on Monday admitted killing a retired Florida teacher and injuring five other people in a stabbing rampage near the British Museum in London.

Zakaria Bulhan, 19, pleaded guilty to manslaughter by diminished responsibility in the Aug. 3 slaying of 64-year-old Darlene Horton of Tallahassee, Florida.

He had been charged with one count of murder and five of attempted murder, but prosecutors said they would accept the guilty pleas to lesser charges.

They said Bulhan was suffering an “acute” episode of paranoid schizophrenia at the time of the attack. He told police who interviewed him that the devil had made him kill.

Police subdued Bulhan with a stun gun after the late-night attack in Russell Square, a busy tourist hub. The stabbings raised fears of terrorism, but police said it was not considered a terrorist attack.

Prosecutor Mark Heywood described how “without warning or provocation, (Bulhan) stabbed six people in relatively quick succession, saying nothing to any of them, moving on after each stabbing towards his next victim.”

Heywood said Horton was stabbed in the back, with the blade penetrating her left lung and heart, and died at the scene. The other victims — two Australians, an Israeli, an American and a British citizen — have recovered from their injuries.

Horton was in London with her husband, Florida State University psychology professor Richard Wagner, who had been teaching summer classes. They were scheduled to fly home the day after she was killed.

Bulhan is due to be sentenced Tuesday.