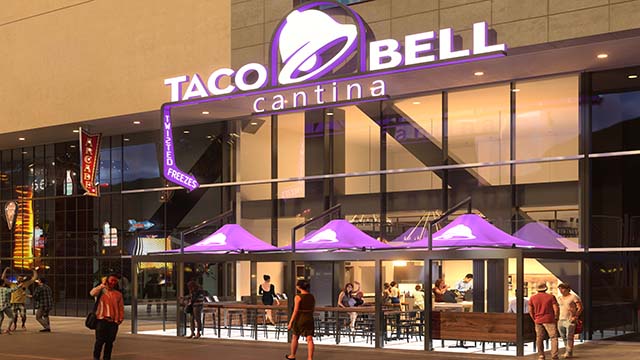 Out with the drive-thru, in with the booze.

Taco Bell has announced its plan to open hundreds of new locations by 2022, Fox News reports. But the new restaurants won’t have drive-thrus; instead, the chain says they will be “cantina-style” locations, complete with alcohol.

The Tex-Mex chain says they will open up to 350 new locations featuring open kitchens, digital menu boards and local artwork. Like current cantina locations, the new restaurants will serve beer wine, sangria, and slushy drinks with the option to add vodka, rum or tequila.

“One of the cool things happening in America right now is the revitalization of urban areas, and we’re seeing millennials moving into downtown areas,” Grams said.