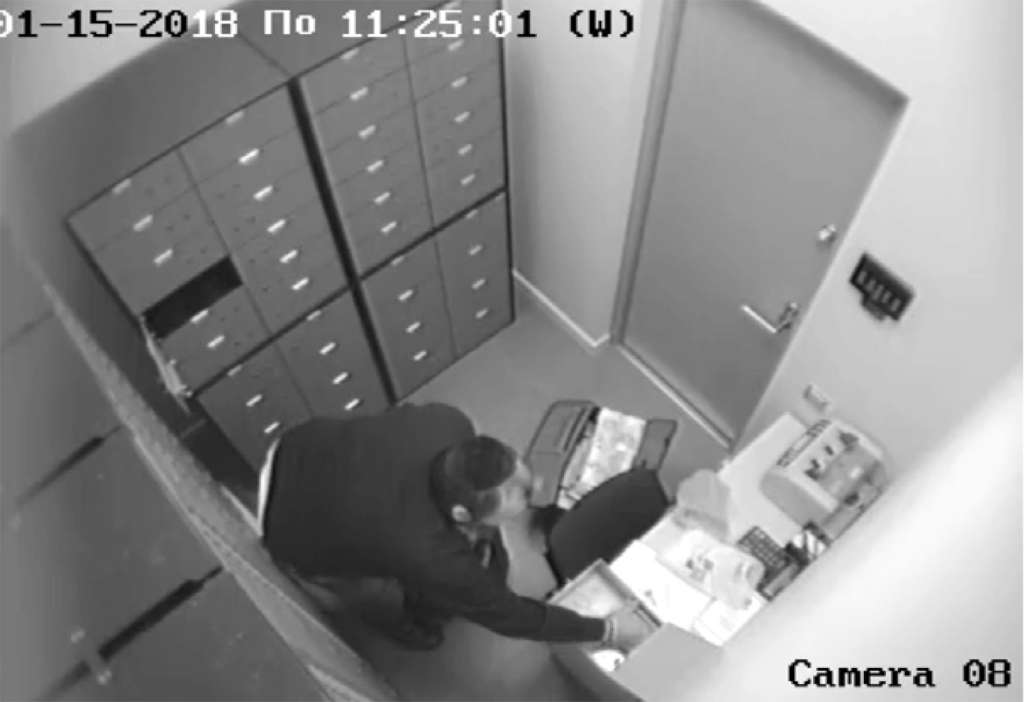 Courtesy: US Attorney's Office for the Eastern District of New York
CNN

Val Cooper, Alex Levin and Garri Smith are accused of using high-tech camera equipment to access safe-deposit boxes at banks in multiple countries and stealing cash and other valuables between March 2015 and October 2019, according to a statement from the US District Attorney’s Office for the Eastern District of New York.

“The defendants and their co-conspirators were allegedly part of a sophisticated network of criminals that used high-tech camera equipment to steal millions in cash and other valuables from victims who had tried to protect their property by using safe deposit boxes in foreign countries, and they then laundered the proceeds of their scheme through the United States financial system,” said Acting United States Attorney Mark J. Lesko in a statement.

In an indictment unsealed on Tuesday in federal court, prosecutors alleged that the defendants and their co-conspirators would pose as legitimate customers and rent safe-deposit boxes at banks they found had lax security. Most of the banks were in Eastern Europe.

They took pictures of the insides of the lock mechanisms on other customers’ safe-deposit boxes with thin micro-cameras called borescopes, which are typically used in medical procedures, prosecutors said in the statement.

They used the photos to make duplicate keys for the boxes, so they could steal what was inside, including currency, gold bars, jewelry and other property, according to the statement.

“The crimes we allege in this indictment read like something straight out of Hollywood fiction,” said FBI Assistant Director-in-Charge Sweeney in the statement. “The thieves used sophisticated tools to thwart security systems at foreign banks and tried to cover their tracks by laundering money through US banks.”

They targeted banks in multiple countries, including Ukraine, Russia, North Macedonia, Moldova, Latvia, Uzbekistan, Azerbaijan and France, according to the indictment.

Authorities allege that Cooper was the leader of the operation and received stolen property and used his bank accounts in the United States to launder money from the crimes.

“Mr. Cooper is innocent until proven guilty,” his attorney Tony Mirvis told CNN. “There is a lot more to this case than the government has presented in its press release and as the case progresses, I anticipate his innocence will become clear.”

CNN was not able to reach Smith’s attorney’s and a woman, who identified herself as his wife, did not comment when reached by telephone.

“The physical actions of which he is accused of participating in are not criminal in and of itself unless he knew of the overall criminal conspiracy, which he did not. Mr. Levine maintains his innocence and the case will be resolved accordingly in the court of law,” Albert and Nicholas Dayan told CNN.

The men are also charged with violating the Travel Act, which prohibits international and interstate travel with the intent to commit crimes, the indictment said.

Agents executed a search warrant on Cooper’s home and a storage unit on Tuesday and found safe-deposit box keys with no numbering on them, cash, jewelry and high-end handbags, a borescope and a safe-deposit box lock.

If convicted of money laundering conspiracy, the defendants could face up to 20 years in prison, according to the statement.