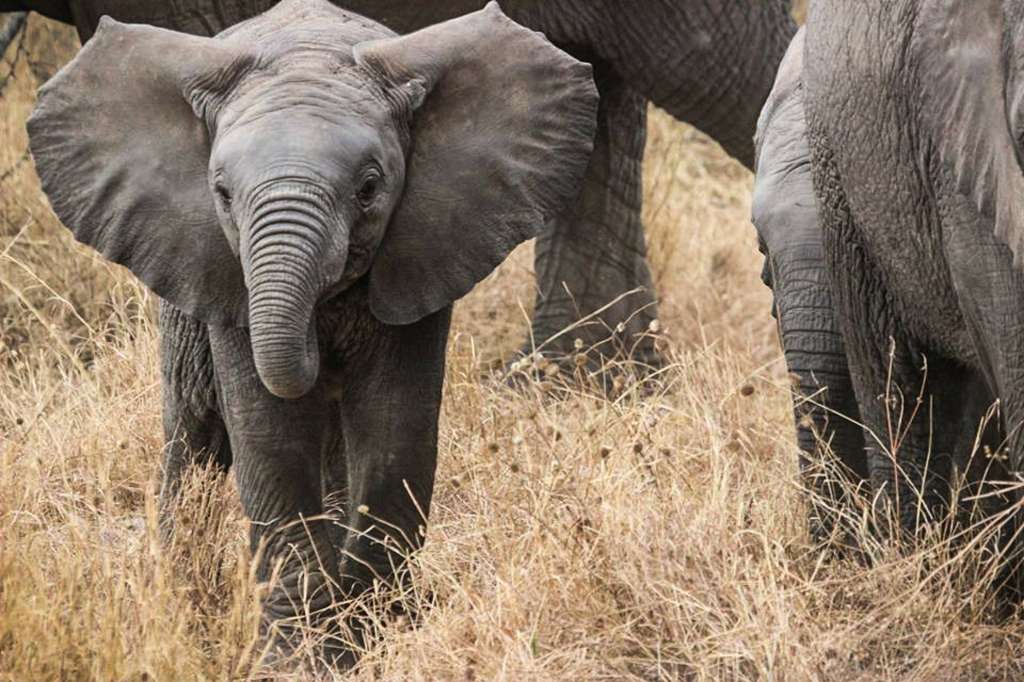 Image by Michelle Raponi from Pixabay

(CNN) — An elephant’s tusks are among its defining features — they help the animal lift heavy branches, topple trees, strip bark, fight, and dig holes for water and minerals.

But an increasing proportion of female elephants in Mozambique’s Gorongosa National Park have been born without these crucial tools, and scientists say it’s an evolutionary response to the brutal killing of elephants for their ivory tusks during the country’s 15-year civil war.

Elephant experts working in the park had begun to notice the phenomenon after the war ended in 1992. Field data and analysis of old video footage from the park found that the proportion of tuskless female elephants increased more than threefold between 1972 and the year 2000. It was a period during which the elephant population plummeted from roughly 2,000 to about 250 individuals, said Ryan Long, an associate professor of wildlife sciences at the University of Idaho.

“During the war, Gorongosa was essentially the geographic center of the conflict,” Long said via email. “As a result there were large numbers of soldiers in the area and a lot of associated motivation… to kill elephants and sell the ivory to purchase arms and ammunition. The resulting level of poaching was very intense.”

Scientists now have a better understanding of the genetic basis for this tusklessness and why it only appears to affect female elephants, according to a study that published in the journal Science on Thursday.

The analysis showed that tuskless females were over five times more likely to survive during the 28-year period than their tusked female counterparts, hence the adaptation was very unlikely to be a chance occurrence.

Tusklessness does occur naturally — and only in females — even in the absence of poaching, but usually only in a small minority of elephants. In Gorongosa in the 1970s, 18.5% of female elephants didn’t have tusks, while three decades later 51% did.

“Evolution is simply a change in heritable characteristics within a population over successive generations, and based on the results of our study, the shift toward tusklessness among female elephants at Gorongosa fits this definition perfectly,” said Long, an author of the study.

“The fact that it occurred so rapidly is rare indeed, and is a direct function of the strength of selection,” he said via email. “In other words, it happened so quickly because tuskless females had a MUCH higher probability of surviving the war, and thus a MUCH greater potential for passing their genes on to the next generation.”

But what about the male elephants? After taking blood samples of 18 female elephants, with and without tusks, the researchers sequenced their genomes. They found that the females with no tusks had a genetic variation in a very specific region of the X-chromosome, which plays a role in tusk development.

“Females have 2 X chromosomes. In tuskless females, one of those chromosomes is ‘normal’ and the other contains the deleted information,” Long explained.

“When a tuskless female conceives a male offspring, that male has a 50/50 shot of receiving the affected X-chromosome from its mother. If it receives the ‘normal’ chromosome then it will survive and be born with the necessary genetic information to produce tusks.”

However, if the male elephant fetus receives the chromosome with the genetic variant, it dies in the womb because the variant that produces tusklessness females is lethal to males, Long said.

The exact genetic and developmental mechanism that leads to tusklessness in females and the loss of male elephants during an elephant’s 22-month pregnancy was not yet understood, according to the study.

Elephant numbers have rebounded at Gorongosa to around 800, Long said. Having no tusks doesn’t appear to significantly hinder the female elephants, but this is something researchers want to study further. He said dietary analysis suggested that females without tusks eat a greater proportion of grasses.

“The population is doing well and there’s a lot of tuskless elephants. They’ve clearly adapted to life without tusks but there’s a lot we don’t know.”